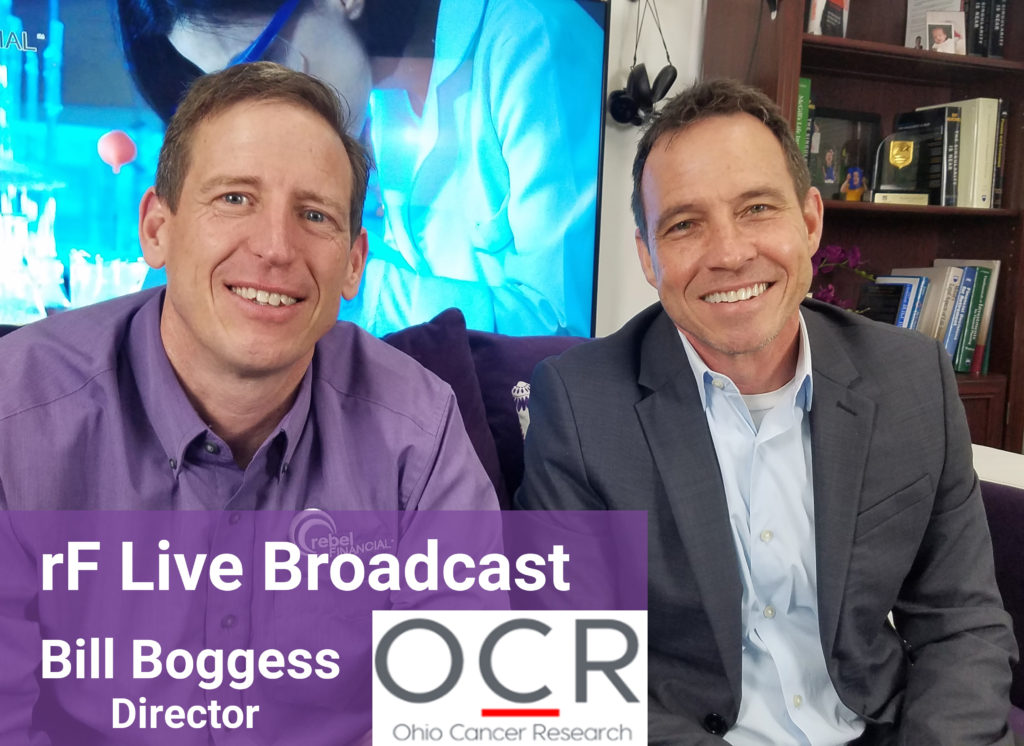 Established in 1982, Ohio Cancer Research was founded on a common goal-underwriting cancer research in Ohio. Three doctors, Dr. James Neiddhart, Dr.Grant Varian, and Dr. David Yohn wanted to create an organization that works to benefit the people of Ohio and humankind, through research. In 1986, the board of trustees decided that for Ohio Cancer Research to grow, they needed someone to represent the organization. On July 15th, 1986, Executive Director, Dennis Zack took on the role as leader. Dennis Zack led the organization for almost 27 years until 2013. During those founding years, Ohio Cancer Research has generated $7 million dollars in seed money, which proliferated over $200 million in additional funding. Bill Boggess since 2014 was serving as the Assistant Executive Director of Ohio Cancer Research, but has been with the organization for almost 19 years. Recently, in April 2019, Bill was awarded the opportunity to become the lead Executive Director. Bill’s role as director is to be the person that “finds funds” he says, “needed someone to interact and communicate for Ohio Cancer Research”. There are over 4 researchers that are a part of the board of trustees that determine the hierarchy and importance of what needs to be funded. “We do two things”, says Bill, “we have to provide public information and awareness about being proactive about your health…don’t sit back and wait”. “We also provide two-year seed money grants to young investigators within their first six years of their first independent lab, doing a work in the state of Ohio, up and running”. A lot of the individuals that Ohio Cancer Research is funding are not doctors. A lot of the professionals that receive grant money are scientists and researchers that are fresh out of their PhDs. Bill explains, “One of the most impressive things that I get to see on a regular basis is these researchers in action, the level of gratitude that they have for us and getting them started because it seems like a little amount of money when it comes to research, but for them…it’s critical”.

“There’s a lot of collaboration going on right now,” says Bill in regarding to scientists. “They have a great new idea, but what am I going to with it?”

“This is kind of a renaissance of battling this disease”, starts Bill “now the disease evolves, it changes, it adapts and so forth, but right now there are more tools out there at our disposal, there is more collaboration than ever before…and you can see it!”. As of January 2019, it is estimated that there are over 16.9 million cancer survivors in the United States and it is projected to increase by almost 30% by 2029 (CancerControl.gov Statistic). “The number one challenge”, says Bill, “is funding”. “If you can’t get the new idea up and running, we can’t get the new breakthrough”.

“Funding levels have dropped precipitously” says Bill. Federal funding was “in the 30% percent range and it has dipped below 10%.” Almost ten or below percent of all research grants are getting funded, which causes discouragement in the research community. “We are in danger of losing a whole generation of scientists because they just can’t get up and running right”. The OCR has given over eight million of  funds directly to these individuals and their projects instead of having funds be streamed through an institution. “For example”, says Bill, “at Ohio State and Nationwide Children’s Hospital, we have now funded 53 reseachers, $2.1 million dollars, which has generated $80 million dollars back to individuals and institutions to continue”. “Over 70% of our grant recipients are successful in going on to getting additional funding’.