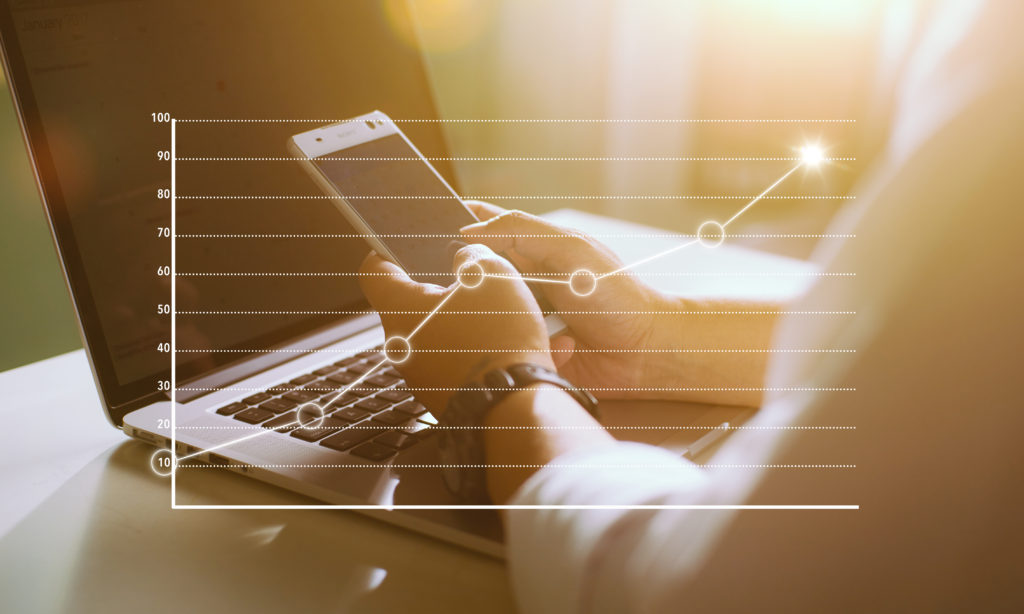 This was the year the long, seemingly endless bull market came to a crashing halt–

and U.S. investors finally, for the first time since 2008, experienced the normal
definition of a bear market. The bottom fell out in the final month of the year, which started
with a decent chance of another year of overall annual gains, and ended in
disappointment.

Looking back, it was a strange investment year in many respects. First, the
markets endured two major beatings–from late January to early February, and
again from early October and especially through December. Christmas eve
notched the worst market drop on record in terms of actual dollars. The S&amp;P 500
index registered the worst December performance since 1931. This will be the
first time since 1948 that the S&amp;P 500 index rose in the first three quarters and
then finished the year in the red.

Meanwhile, for unlucky investors in cryptocurrency Bitcoins, the year&#39;s investment
news may have rivaled the crashing of the famous Dutch Tulip craze. The
entirely-made-up currency, backed by no government or pool of assets, dropped
from a high of $20,000 per &quot;coin&quot; down to $3,800.
A breakdown shows that just about every investment asset dropped in 2018. The
Wilshire 5000 Total Market Index—the broadest measure of U.S. stocks—fell
14.29% in the 4th quarter, finishing the year down 5.27%. The comparable Russell
3000 index was down 5.24% for the year, after declining 9.31% in December.

Looking at large cap stocks, the Wilshire U.S. Large Cap index lost 13.69% in the
fourth quarter, providing a negative 4.64% return for the year. The Russell 1000
large-cap index finished the year with a similar 4.78% loss, while the widely-
quoted S&amp;P 500 index of large company stocks lost 13.97% during the year’s final
quarter and overall finished down 6.24% in calendar 2018.
Meanwhile, the Russell Midcap Index finished the 2017 calendar year down
9.06%.

As measured by the Wilshire U.S. Small-Cap index, investors in smaller
companies were hit hard, losing 19.67% in the final quarter, to end the year with a
negative 10.84% return. The comparable Russell 2000 Small-Cap Index lost
11.01% in 2018. So much for the FAANG stock craze: the technology-heavy Nasdaq Composite Index dropped 17.54% in the final three months of the year, to
finish down 3.88%.

The pain was even greater for international investors. China’s Shanghai composite
index fell 24.6% in 2018, the largest drop since 2008, and Japan&#39;s Nikkei 225
Index fell 12.1%. Overall, the broad-based EAFE index of companies in
developed foreign economies lost 12.86% in the final quarter, and ended the year
down 16.14% in dollar terms. In aggregate, European stocks were down 17.27%
in 2018, while EAFE’s Far East Index lost 13.97%. Emerging market stocks of
less developed countries, as represented by the EAFE EM index, lost 7.85% in
dollar terms in the fourth quarter, giving these very small components of most
investment portfolios a 16.64% loss for the year.

Looking over the other investment categories, real estate, as measured by the
Wilshire U.S. REIT index, posted a 6.93% loss during the year’s final quarter,
finishing the year down 4.84%. The S&amp;P GSCI index, which measures
commodities returns, dropped a remarkable 22.94% in the 4th quarter, to finish the
year down 13.82%.

In the bond markets, coupon rates on 10-year Treasury bonds have risen
incrementally to 2.68%, creating the unusual situation of losses in bond
investments in the same year as losses in stocks. Similarly, 30-year government
bond yields have risen slightly to 3.01%. Five-year municipal bonds are yielding,
on average, 1.96% a year, while 30-year minus are yielding 3.09% on average.

If you look at the accompanying chart, which shows returns since 2008 in 15
different investment classes, you can see that 2016 and 2017 were extraordinary
years; everything went up (as shown in green). 2018 was extraordinary in the
opposite direction; everything except cash was in the red. Basically, if you were
an investor, you lost money last year. But that also, of course, provides you with a
chance to buy investments at discounted prices in the new year.

Many investment professionals had been expecting a bear market much sooner
than this. Bear markets tend to occur about every 3.5 years, and there have been
32 of them since 1900. So far the current decline of just over 20% pales in
comparison with the 86% drop in the 1930s, or the 57% drop from 2007 to early
2009. But there is no reason to imagine that we are at the end of the current down
cycle. With the government shutdown, reckless trade wars, a rapidly growing
federal deficit, political uncertainty and the ever-looming possibility of a recession,
investors are understandably nervous about the near-term future.

Longer-term, a recession may be the biggest concern. Most economists are
reluctant to predict an economic downturn when unemployment is at record lows,
but there were some warning signs in December. Five Federal Reserve regional
factory indexes all dropped in unison in December, the first time that has happened
since May 2016. There are increasing signs that many factories are suffering from
the uncertainty around U.S. trade policy, including tariffs on imported steel,
aluminum and about $250 billion of Chinese products. At the same time,
consumer confidence has fallen to its lowest level since July, and a measure of the
employment outlook experienced the biggest plunge in 41 years.

Nevertheless, by all measures, the U.S. economy is still growing, and nobody can
predict whether the markets will recover in 2019 or experience a steeper decline.
All we know is that, historically, all bear markets in history have been temporary
phenomena, and that investors who re-balance their portfolios on a regular basis–
that is, buying stocks when their percentages of the total have gone down–tend to
do better than investors who don’t re-balance, and especially better than the many
who lose their nerve and sell in a panic during the downturn.

There is an old cartoon that shows the announcer telling the audience what really
every stock market report ought to say: Today, the investment markets provided
another interesting day of meaningless white noise. The day-to-day rises and falls
tell us nothing about the future, and the best prediction is that most predictions will
turn out to be incorrect. We don’t know what’s coming, but we know it has always
been a good strategy in the past to hang on tight when the roller coaster reaches a
crest and takes us down a steep slope for a while.