The 1% In Various Countries

What would you have to make to be a one-percenter—that is, to have an income in
the upper one percent of the population—in the U.S., Singapore, China, Brazil,
England or Australia?

The answer, of course, differs in every country. At the bottom of the scale, someone earning $81,000 a year in India is in the upper one percent, while in the oil rich United Arab Emirates, you’d need to earn $891,000.

The one-percenters threshold for each country, from lowest to highest, looks like this (all figures translated into U.S. dollars adjusted for purchasing power parity):

An article in Bloomberg also notes that different markets vary widely in terms of
common expenses. For instance, to be one of the top 1% most expensive homes in
Monaco, you would have to shell out $26.4 million, far above number two on the
list: Singapore, at $6.8 million. Los Angeles and New York share the title of most
expensive 1% homes at $3.8 million, while the costs in Cape Town, South Africa
and Mumbai, India for a one-percenter home is just $600,000. If the one-one-
percenters wanted to hire a live-in nanny, the average cost in Los Angeles would
be $83,200, well above the $41,000 cost in New York, or $40,000 in Beijing,
London and Vancouver. The average cost for a live-in nanny in Paris is $48,000. 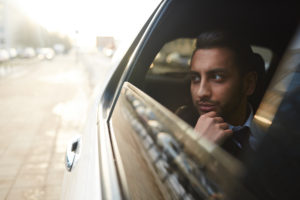 The interesting thing about these numbers is that most of our tax policy assumes
that one-percenters are truly rich—and while people earning these numbers in
these various countries are certainly comfortable, would you call them “rich?” It
might be more helpful if tax policy changed the definition of “rich” to the upper
one-tenth of one percent, or even one-hundredth.