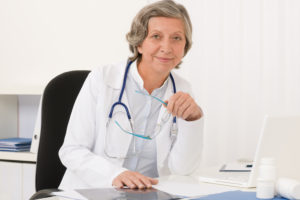 If you haven’t been really, really sick in the last few years, you may not have ever heard of the “donut hole” in Medicare Part D prescription drug plans.

This is the common name in the medical field for a quirky coverage gap where, if you incurred $3,750 worth of drug costs in any given year, you would suddenly be paying for a significant portion of your drug expenses out-of-pocket. Last year, patients who breached that threshold would have to pay 35% of the cost of brand-name drugs and 44% of generic drugs until their out-of-pocket spending reached $5,000. After that, they would pay no more than 5% of their drug costs for the rest of the year. Of course, not everybody knew about the donut hole until they suddenly had to pay a significant fraction of the high cost of rare prescription drugs, and their expenses skyrocketed.

Notice that all of that was written in the past tense. The 2018 budget deal included
a little-noticed provision that helps to close the donut hole this year. Congress is
requiring certain pharmaceutical manufacturers to pay more of the costs for Part D
enrollees who are in the coverage gap—from 50% up to 70%.

The result? Once you reach Medicare Part D’s initial coverage limit ($3,820 in
2019), you will now receive a 75% discount on the total cost of the brand name
drugs purchased while in the donut hole, until you spend a total of $5,100 out of
pocket. After that, you would would pay 5% of your drug costs for the remainder
of the year.

This is very good news for certain patients requiring very expensive drug
treatments. Let’s hope you and your loved ones never become one of them.