Oil prices are getting all the blame for the recent U.S. stock market downturn, but it’s hard to see the connection when so many companies and consumers benefit from low energy costs.  A better culprit is the strong dollar.

The accompanying chart shows how strong the dollar has become compared with a basket of international currencies; it shows roughly a 15% appreciation since mid-2014.  Economists will tell you that this represents a vote of confidence from the international community in our economy, which should probably be a point of pride.  But when the dollar is strong internationally, that also means that when American companies sell their products outside of the U.S., the products are either priced higher or the company has to discount the price to maintain pricing parity.  At the same time, the strong dollar reduces the conversion of profits abroad from foreign currencies into dollars. 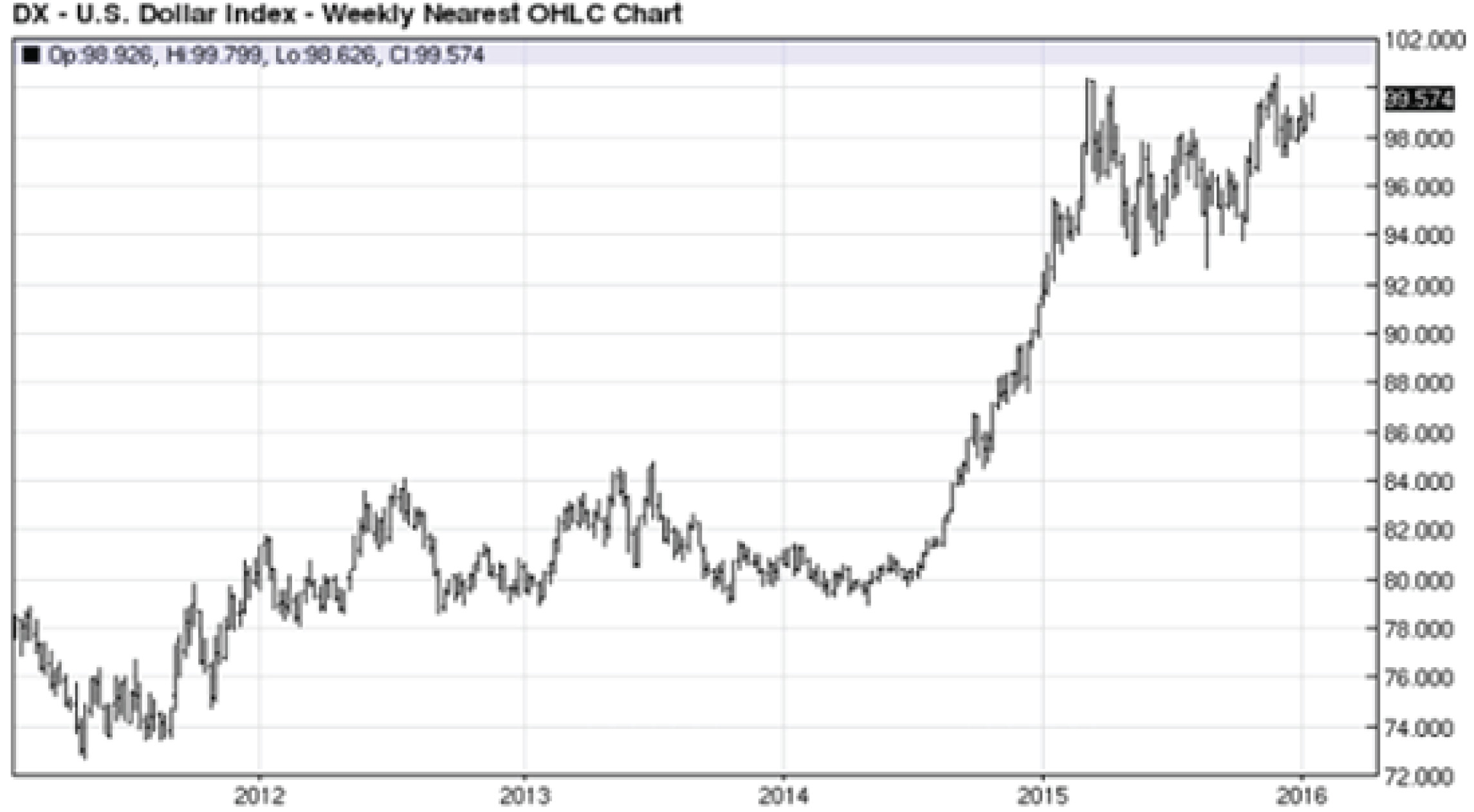 Either you lose sales because of uncompetitive pricing, which reduces profits, or you reduce margins, which reduces profits.  Heads, large American companies with significant business overseas lose, and tails—well, you get the idea, and the lower conversion rate adds to the short-term pain.  Those large American companies most affected happen to make up much of the Dow Jones Industrial Average and the Standard & Poors 500 index. 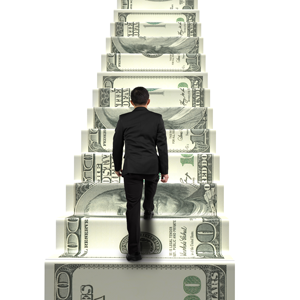 When you buy a stock, fundamentally what you’re buying is a claim on the company’s current and future earnings and profits, which can be returned to you in the form of dividends, or returned indirectly as the company invests in plant, equipment or other expansion which can drive future profits higher and make the company (and its stock) more valuable.  When earnings and profits decline temporarily, people regard those companies as temporarily less valuable than they had been with higher earnings and profits.  This is why short-term traders pay so much attention to “earnings season,” as it’s called, when companies disclose their balance sheets.

The key word in all this is “temporary.”  While oil prices seem to be stuck in the middle of a glut, the value of a dollar on the world markets may be peaking, and have nowhere to go but down.  That, in turn, could reverse the earnings and profits slide, companies could snap back to their former values, and stocks could do what they always seem to do after declines: reverse course and eventually test new highs.