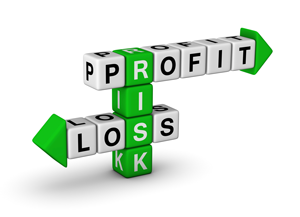 Surely one of the strangest trends on the world investment markets these days is banks paying negative rates to depositors, and bonds issued with negative interest rates.  Basically that means that these institutions, and issuers, are guaranteeing a loss when you invest in their bonds or otherwise lend them money.

This unusual trend, which has been growing quietly in the background throughout Europe, became news last month when the Bank of Japan, the Japanese equivalent of the Federal Reserve banking system, announced that, starting February 16, it would pay minus 0.1% to Japan’s lending institutions on all new money deposited into the central bank’s reserve accounts.  (The central bank will pay 0% on deposits required for regulatory reasons, and will continue to pay +0.1% on existing deposits.)

For the past year and a half, the European Central Bank has been “offering” sub-zero rates to its member banks—currently charging 0.3% for holding banks’ cash overnight.  The Central Bank of Sweden, meanwhile, leads the world in negative deposit rates, at -1.1%.  The central banks of Switzerland (-.75%) and Denmark (-.65%) also charge dearly for the privilege of loaning money to their governments.

By the end of last year, roughly a third of all the bonds issued by Eurozone governments also carried negative yields—meaning that it wasn’t just banks that were willing to buy investments guaranteed to lose money.  French government bonds with a two-year maturity paid investors a handsome -.292%, and German two-year bonds reached a record low of -.348%.  Now Japan is joining the fun, with two-year bond yields at minus 0.85% and bonds with 5-year maturities “paying” a negative .08%.  This is the obvious reason why global investors are flocking to Treasuries and dollar-denominated bonds. The yield spread between U.S. corporate bonds and the bonds issued by foreign countries have seen a dramatic rise over the past 12 months.

Negative payments are considered to be a particularly effective way to shoo money out of the parking lot and force banks to start lending it into the economy—driving up the supply of available money and thereby driving down rates.  It’s a form of economic stimulus to everybody but the banks themselves, and also lowers the value of the currency—which, in turn, stimulates exports and raises profits of companies doing business overseas.  A double stimulus, if you will.