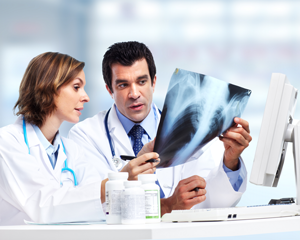 You’ve probably heard about the Zika virus, a disease that has been around for years, but is getting attention during this summer season in South America, partly because of the Olympic games that will be held in Brazil.  Zika is transmitted by mosquito bite, and is not considered to be contagious from people who have the disease.  The common symptoms include fever, rash, joint pain and conjunctivitis, but only one in five people infected with the virus will show symptoms.  The biggest danger appears to be birth defects in pregnant women, whose babies might be born with microcephaly—a smaller-than-normal head at birth, which can cause development delays.

Should you avoid Brazil and the Olympics this year?  The U.S. Centers for Disease Control has issued Zika-related travel alerts for 28 countries, including all Central American countries south of Mexico, Haiti, the Dominican Republic and the Caribbean islands, and the South American nations of Ecuador, Columbia, Venezuela, Guyana, Suriname, French Guiana, Bolivia, Paraguay and, yes, Brazil.  Only Chile, Argentina and Uruguay seem to be unaffected.

An estimated 1.5 million people have so far been infected with the Zika virus, which has no known cure or vaccine, but is also not considered deadly.  Brazilian authorities are currently advising Olympic athletes who compete in the games, starting August 5, to shut their windows and smother themselves with insect repellant.  They’re also seeking and destroying any stagnant water pools near Olympic venues, to eliminate mosquito breeding grounds, and workers in protective suits have been videoed spraying insecticide into the air in Brazilian cities.  Don’t be surprised if you turn on the TV in August and see stadiums full of spectators wearing long sleeves and pants—and a few empty seats.v