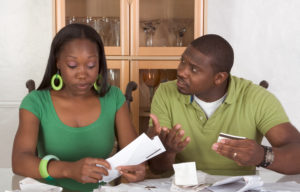 Each year, thousands of professionals use their creativity and ingenuity to try to figure out the best ways to lower your federal taxes.  You know you’re living in interesting times when state lawmakers join that crowd.

The reason they’re working so hard is something popularly known as the SALT provisions of the new Tax Cuts + Jobs Act, which set a firm $10,000 limit on the deductibility of state and local taxes.  That limit isn’t such a big deal for residents of Texas or Florida, and other states that don’t collect income taxes.  But people living in New York, New Jersey, Connecticut and California generally pay far more than $10,000 to the state alone, on top of the property and municipal taxes they’re assessed.

Those higher-tax states are now using that aforementioned creativity and ingenuity to help their citizens get back those deductions—and some of the proposed solutions are indeed quite creative.  For instance, New York has already begun allowing taxpayers to, instead of paying their local property taxes, simply make a comparable charitable contribution to a charity set up by their local school district.  Presto!  What used to be a tax is now a charitable contribution that would be deductible for taxpayers who itemize.  The state would also allow New York City and other municipalities to set up their own charitable trusts, converting local taxes into deductible charitable contributions as well.

Not to be outdone, New Jersey and Connecticut are attempting to reclassify state taxes as charitable contributions, while New York plans to allow taxpayers to convert their state income tax into a payroll tax, which their employers would pay on their behalf—and then deduct from their federal tax bill.

Even more creative: California’s Senate Bill 227 would create something called the “California Excellence Fund,” which would provide a credit against state income tax liability for any contributions to the fund—effectively recharacterizing as much of the state tax liability as the resident wants into deductible charitable donations.  Similar legislation has been introduced in Illinois, Nebraska and Virginia.  In Washington state, which doesn’t levy an income tax, a copycat bill would let taxpayers make charitable contributions to the state and receive a sales tax exemption certificate in return.

The most complicated solution is being proposed in Connecticut, whose legislature is finalizing a bill that would impose an “entity-level” tax on pass-through companies like Subchapter S corporations and LLCs—entities which normally are only taxed at the shareholder level.  (Hence the name “pass-through.”) Those entity-level taxes would be deductible by the S corp. or LLC, and the state would issue an offsetting individual income tax credit to shareholders of the entity.  Presto!  The state income tax becomes deductible at the company level, and the individual’s state income tax obligation goes away.  Connecticut’s Department of Revenue Services estimates that this provision would recover $600 million in otherwise-lost SALT deductions for state residents in the first year alone.

Is any of this legal?  We don’t know yet.  The IRS has recently issued a broad warning against states’ creative use of charitable contributions, and it never helps a future tax court case when lawmakers openly tout their intentions to evade the federal SALT provisions when they introduce state legislation.  But tax experts note that the IRS has provided favorable rulings in more narrow cases regarding the federal deductibility of state tax credits in 33 states.

For instance, Alabama has, for years, provided a 100% state tax credit for taxpayers who donate money to organizations that give children vouchers to attend private school.  New York’s new SALT-related provision would give an 85% state tax credit to residents who donate to a local charitable fund that supports education.  Is one legit but the other not?