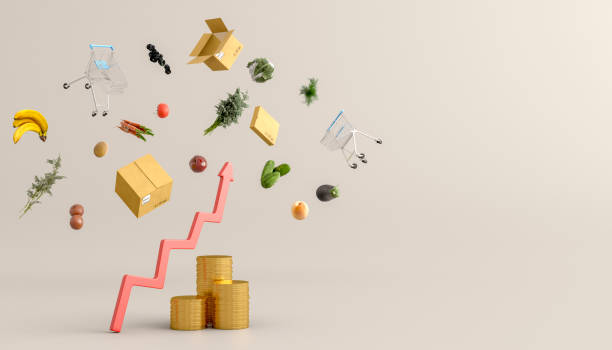 It wasn’t so long ago that the economists at the U.S. Federal Reserve Board were reassuring all of us that the spike in inflation was “transitory”—which most of us interpreted as: “temporary, nothing to worry about, and we’re handling it.”

As you can see from the graph, the rise in inflation since then has been anything but temporary, and you have to wonder if, at this point, our runaway cost of living increases are beyond the power of any federal agency to rein in. According to the latest figures, the Consumer Price Index, reflecting the cost of items that most of us pay for on a monthly basis, rose 1% in May, reflecting prices that are a remarkable 8.6% higher than they were last year at this time. To put this in historical perspective, this is the fastest pace of inflation since December 1981, toward the end of the so-called “stagflation era.”

You can probably guess where the inflation is coming from. Energy prices were up 3.9% in May, and gasoline costs—in some places $7 a gallon—are 48.7% above where they were at this point a year ago. Shelter costs rose 0.6% in May, up 5.5% over the past year—the fastest increase in that item since February 1991. Food prices overall are up 10.1% above last year’s costs.

One of the most interesting (alarming?) implications of this sustaining surge in inflation is the potential impact on interest rates. Treasury bonds typically pay out roughly 1-2 percent more than inflation; otherwise Treasury investors are losing value. Corporate and municipal bonds typically have a higher “real” return (coupon payments above inflation), because they carry a higher risk of default.

But if you look at the numbers, there’s a huge discrepancy right now. Instead of paying 9.6% to 10.6%, 10-year Treasury yields are currently around 2.88%. The question of the hour is whether bond rates will, sooner or later, catch up with inflation in order to attract investors who presumably are not motivated to put their money into an investment that is losing money on a real return basis. And if they do, how would such a wrenching shift impact borrowers (higher costs), current bond investors (potentially sharp losses), the stock market (more competition from the bond market) and the U.S. economy as a whole (less easy money for corporate America)?

The obvious thing to hope for is that the Fed was right all along, and this current inflationary spike is a temporary blip. But as the months of CPI increases go on, that is beginning to look less and less likely. 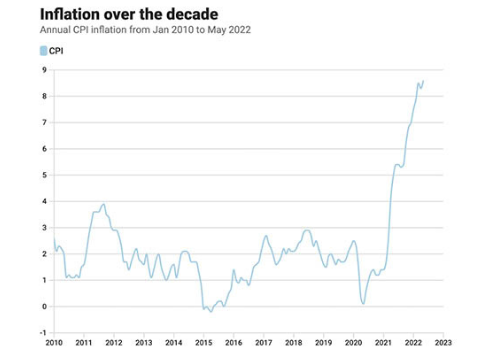