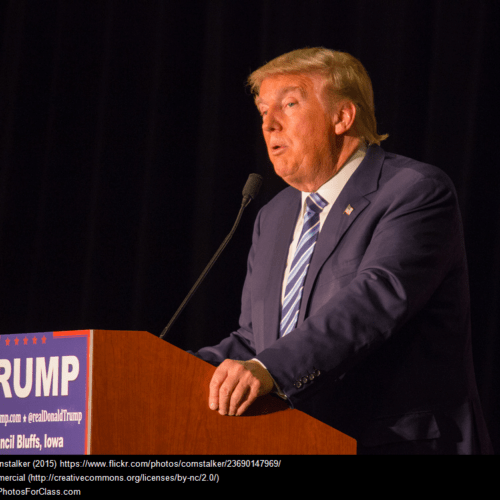 You may have heard about the “Trump Tariffs;” that is, the proposed 25% surtax on all steel imports coming into the U.S. from foreign manufacturers, and a similar 10% surtax on aluminum. The markets certainly noticed; they fell dramatically after the announcement, as investors feared that the move would spark a global trade war.

The proposed tariffs would be enacted under a loophole in the World Trade Organization rules, which generally prohibit countries from straying from their agreed-upon trade arrangements, but permit “safeguard” responses to a sudden, unforeseen and damaging import surge that could seriously damage a particular industry. Internally, the Trump Administration plans to circumvent Congress by imposing the tariffs under Section 232 of a 1962 U.S. law that allows the President to take unilateral action based on national security concerns. The last time Section 232 was invoked was back in 1975, when President Ford imposed taxes on foreign oil.

The initial panicked market reaction cooled after it became clear that the tariffs may actually never be imposed—for several reasons. One is that there has actually been no unforeseen or damaging import surge in aluminum or steel, or really any surge at all. The U.S. already imposes 169 trade taxes on various types imported steel, including 29 on Chinese products that were imposed during the Obama Administration.

Another is that the national security concern is not easy to justify, particularly after the President signaled that he would remove these tariff measures on Mexico and Canada—two of the largest exporters of steel to the U.S.—if those countries come back to the table to renegotiate the North American Free Trade Agreement. Wouldn’t that put the country back at risk all over again?

A third is that the tariff is a bit like shooting at the enemy and hitting one of your fellow hunters instead. President Trump specifically called out China for destroying the U.S. steel industry and dumping artificially-priced steel on U.S. markets. But China is only the 11th largest source country to the U.S., accounting for just two percent of total U.S. steel imports last year. The Chinese steel industry doesn’t depend on the U.S. market; America is China’s 26th biggest import customer, well behind South Korea, Vietnam, the Philippines, Thailand and Indonesia.

Who would be hurt most by the tariff? Canada is by far the biggest source of manufactured steel, accounting for 17% of U.S. imports. Other U.S. allies like South Korea, Mexico and Brazil are all significant sources for U.S. manufacturers.

Finally, if the effort is to boost the number of manufacturing jobs in the U.S., the proposal looks like it could seriously backfire. There are approximately 170,000 steel- and aluminum-related jobs in the U.S. currently. But if the measure makes steel and aluminum more costly, it would lower profits for companies that employ more than 6.5 million workers—who are paid to make everything from pickup trucks to canned soup. Worse, the measure opens the doors for the European Union and China to create targeted retaliatory measures like slapping significant tariffs on Harley Davidson motorcycles, bourbon and a variety of agricultural products that depend on exports—further endangering American jobs.

So while the sweeping tariff proposals make headlines, the reality is likely to be a quiet walking back from the proposal altogether or, to save face, a tariff that makes a lot of exceptions and grandfathers existing long-term contracts.