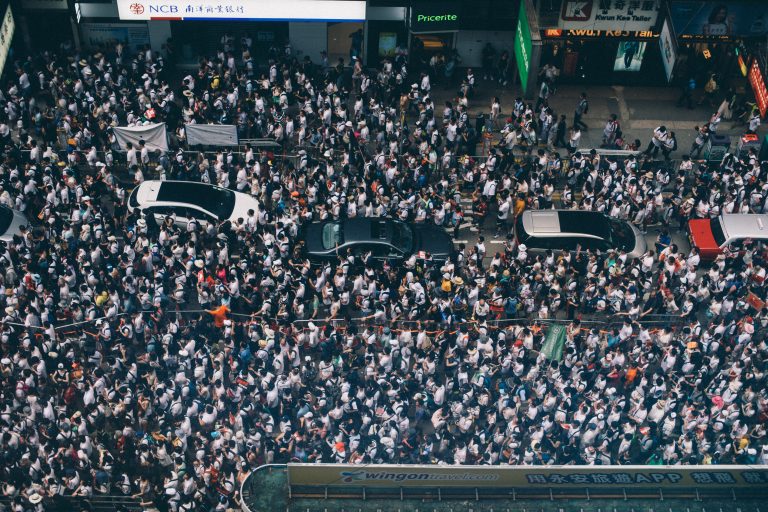 There is probably no economic equation simpler than the formula for projecting a country’s economic growth: you multiply the annual increase in worker productivity by the increase in workers. But of course that implies that the number of workers is growing—and that may be a problem going forward. Because it appears that the U.S. population is actually stagnating.

From January 1, 2021 to January 1, 2022, the U.S. population rose by just 0.21%. Births barely outnumbered deaths—a new American is born every nine seconds, and an American dies every 11 seconds. Some of the slack was picked up by immigration; we added one immigrant to the U.S. population every 130 seconds. With 332.4 million people, our country is still the third-most-populous, behind China (1.398 billion) and India (1.339 billion), but by the 2040s, our population will be exceeded by Nigeria.

If the economy grows more slowly due to a stagnant population, so what? As it happens, the low birth rate and slowing immigration rates are causing the U.S. demographics to become increasingly top-heavy, which could have significant economic consequences. You can see on the chart that, at present population trends, the number of people of normal working age (yellow part of the bars) will go down from 56.8% in 1980 to 53.6% in 2040. Meanwhile, the number of people over age 65 (the dark blue top of the bars) will rise from 11.3% in 1980 to more than 20% of the population in 2040.

That would precipitate a number of social problems. But other countries will experience this challenge before Americans do, and we can hope they find a way out that we can follow. Brazil, China, Germany and Japan are all aging faster than the U.S. One potential difference is that the U.S. has traditionally been a magnet for young immigrant workers, far more than any country in the world, which could add to the pool of wage earners who are carrying retirees on their financial backs. However, U.S. immigration has declined by 40% since 2015, in part due to unwelcoming government policies. Unlike other countries, we control our own demographic fate—if
our politics allow it. 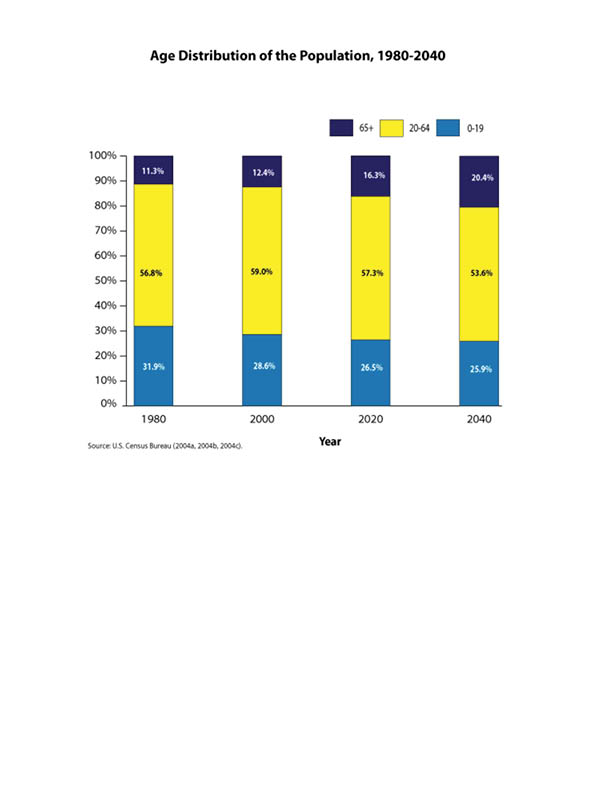 The US Population Is Aging

The Dip in the US Birthrate Isn’t a Crisis, But the Fall in Immigration May Be