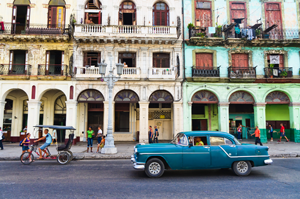 Just over 35,000 Americans were killed in automobile crashes in 2015, a 7% increase over the previous year, which represented the largest annual increase since 1965.  Does that mean Americans are less safe, or more safe, than drivers in other parts of the developed world?

Apparently the answer is “less.”  The U.S. has a rate of 10.9 deaths per 100,000 people, by far the highest among 19 developed nations, almost twice as high as the next-worst country (Belgium) and roughly on a par with Mexico.  Part of the explanation is that Americans drove more and more often than the citizens of other countries on the list.  When you look at the deaths per 100 million miles driven, America ranks only fourth-worst, behind Japan, Slovenia and Belgium.  The U.S. also has a higher share of rural roads than other countries.

Interestingly, every nation on the list has managed to significantly reduce the number of fatalities, both on a per capita and a per-mile basis, over the past 15 years—the visible result of auto manufacturer safety innovations like anti-lock brakes, airbags and side-impact protections.  As the accompanying chart shows, with the light blue indicators showing 2000 data and the darker indicators showing 2013 statistics, the decrease has been dramatic—although less dramatic in the U.S. than in countries like Slovenia, France and Ireland.

Which country is the safest?  Sweden introduced a plan, in 1997, whose goal was to reduce fatal crashes to zero, and while that goal still remains unachieved, the country boasts the safest roads in the world.  One of its initiatives was to find ways to separate bicyclists, pedestrians and motorcycles from cars.  In the U.S., car users’ share of road deaths fell from 42% in 2006 to 36% last year, but fatalities of cyclists, pedestrians and motorcyclists rose from 25% of the total to 33%. 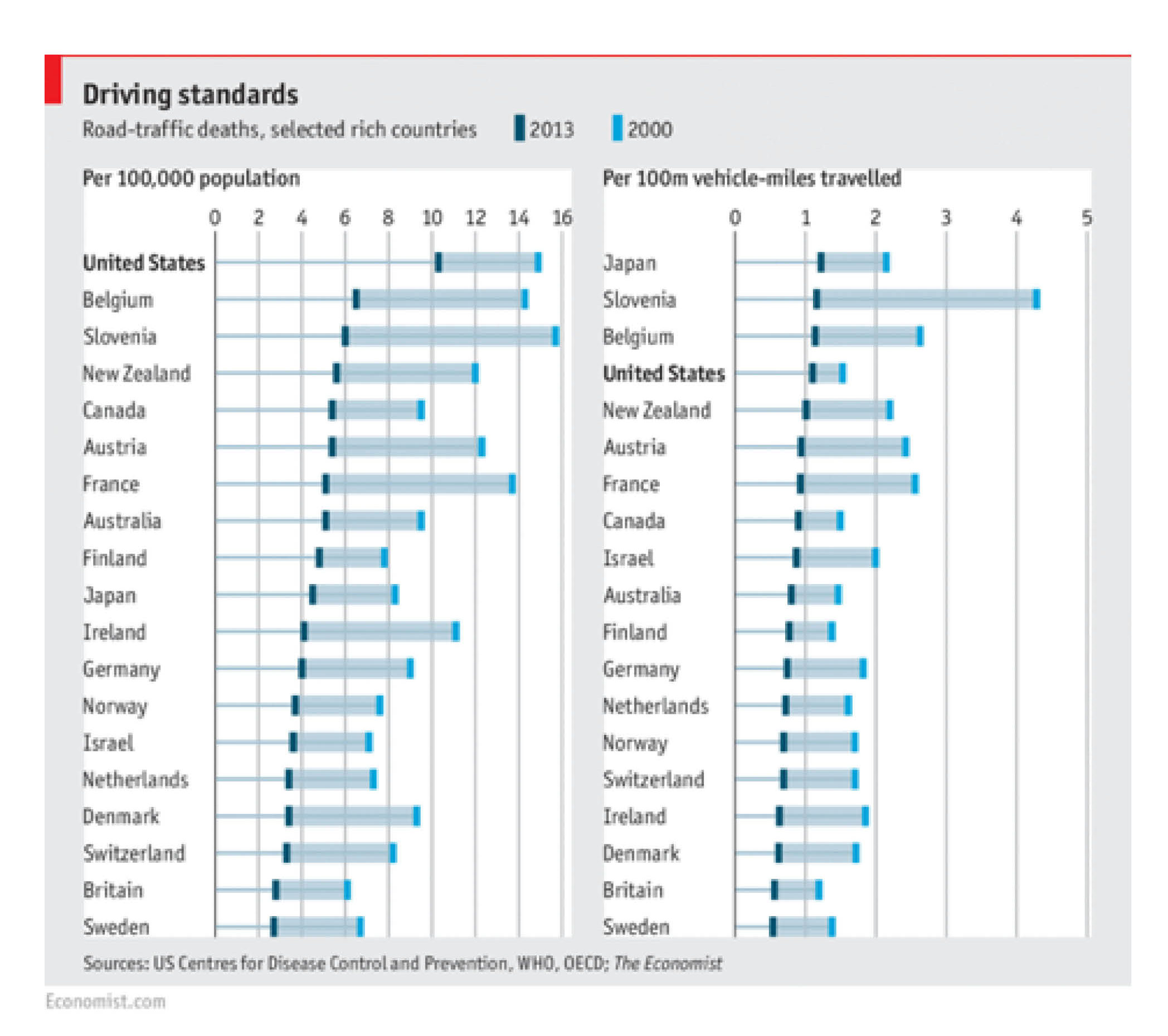 Would self-driving cars reduce the fatality statistics still further?  An article in The Economist quotes Mark Rosekind, head of the National Highway Transportation Safety Administration, saying that 94% of all crashes can be tied back to human choice or error.  Let’s hope the onboard navigation systems can avoid alcohol, sleep deprivation and the temptation to take risks so they’ll get to their destinations more quickly.