Retirement Confidence: It’s All in the Plan 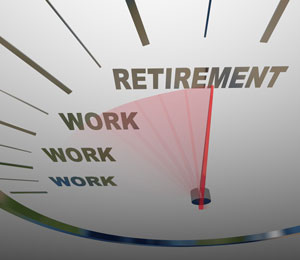 Americans’ confidence in the ability to afford a comfortable retirement continues to rebound from the lows reported between 2009 and 2013. The increasing optimism is coming largely from workers who indicate they and/or their spouse have a retirement plan, such as a defined contribution (401(k)-type) plan, defined benefit (pension) plan, or individual retirement account (IRA). This is one of the key takeaways from the 25th annual Retirement Confidence Survey (RCS) — the longest-running survey of its kind, conducted by the nonpartisan Employee Benefit Research Institute (EBRI) and Greenwald & Associates.

According to the 2015 RCS, among workers with access to some type of retirement plan, more than one in five (22%) are “very confident” they will have enough money to live comfortably in retirement, up from 13% in 2009 — a time when devastating losses to retirement plan assets caused by the financial crisis of 2007-2008 crushed investor confidence. This year an additional 36% reported being “somewhat confident” in their ability to live comfortably in their later years, while 24% are “not at all confident” in their retirement prospects. This percentage has remained statistically the same for the past two years.

The data also showed that workers are becoming more confident in their perceived ability to pay for living expenses in retirement. For example, 37% of workers report being “very confident” that they will be able to pay for basic living expenses — up from 29% in 2014. Similarly, a smaller but growing percentage of workers express confidence in their ability to meet medical expenses (18%) and long-term care expenses (14%) — up from 12% and 9% respectively in 2011.

Delaying Retirement May Not Be an Option

Perhaps as a way to make up for their lack of planning, 16% of workers in the 2015 study say the age at which they plan to retire has changed and, among this group, 81% plan to retire later than originally expected. But, the researchers contend, this plan may fall flat for many. “Workers still expect to work longer to make up for any savings short falls,” stated Craig Copeland, senior research associate at EBRI and coauthor of the study. “However, many retirees continue to report that they retired before they expected to due to an illness or disability, needing to care for others, or because of a change at their job. Consequently, relying on working longer is not a solid strategy for retirement preparedness.”

These are just some of the findings in the latest Retirement Confidence Survey. To learn more or to see the study in its entirety, visit EBRI’s website.