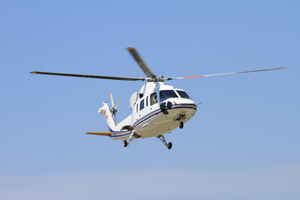 A term you’re likely to be hearing more of in economic reports is “helicopter money,” which might replace “QE” in our lexicon of Central Bank policy terms.

What is it?  “Helicopter Money” basically means dropping money out of the sky; the term is shorthand for a government printing money as a way to stimulate the economy, pay down government debt, create inflation as a protection against a threat of deflation—or all three.

Crazy, you say?  Mario Draghi, president of the European Central Bank, has called it “a very interesting concept,” and Haruhiko Kuroda, the Governor of the Bank of Japan, has only ruled out the option “for now.”  Jeremy Corbyn, leader of Britain’s Labour Party, has openly endorsed the idea of printing money and sending it to lower-income British citizens, calling it “the people’s QE.”

How would it work?  The government would create new spending programs, tax cuts or direct payments to citizens, and pay for these projects with the printing presses rather than borrowing or raising taxes.  Theoretically, more money flowing into the economy, through the pockets of consumers and companies, would boost spending, enhance economic growth and cause everybody to expect inflation in the future (which tends to boost spending and growth, creating a virtuous economic cycle).

So the theory goes.  The danger, of course, is that flooding the world with dollars, yen or euros would devalue the currency being printed.  Another is that politicians might shift their campaign strategies, promising to enact a helicopter policy, print money and give it away to citizens if elected.  Those dangers might not be as great in the U.S. as elsewhere, because the dollar is the global reserve currency, and so far that has ensured a global demand for dollars.

You probably won’t see helicopters dropping $20 bills from the sky when companies and the government can instead borrow at zero interest rates.  But you should know that the idea is now being looked at seriously around the world, and it could become the next version of QE the next time we experience an economic downturn.  This might be a good time to start thinking about how much money you’re willing to take from the government if politicians start promising to put some of it, hot off the presses and directly into your pocket in return for your vote.