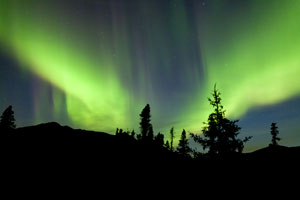 Last month Congress passed the U.S. Commercial Space Launch Competitiveness Act, a bill that allows private citizens to own resources in outer space.  The headlines and quotes from different private sector space ventures hailed this as a major breakthrough, a chance for companies to travel to distant asteroids and bring back precious metals for sale on the world’s commodities markets.  You may have read that this landmark legislation has instantly created a multi-trillion dollar market.

There is no doubt that investing in space is sexy, and there seems to be no shortage of investors in Silicon Valley startups whose business plans are tapping into the final frontier.  Research firm CB Insights reports that investors have invested $1.17 billion in a total of 21 space startups.  However, many of them are in the the already-proven earth imaging industry, launching satellites to take pictures of earth.  The would-be miners include Moon Express, which plans to send landers to the Moon by 2016 or 2017 to mine the satellite’s surface for rare and precious earth metals.  A rival company called Deep Space industries has plans to mine asteroids for rare and precious metals.  SpaceX plans to supplement its tourism business with mining activities.

Before you invest, however, it might help to look at the economics of mining the Moon or the Asteroid belt.  According to another would-be player in the space race, Planetary Resources, the types of ores that can be found in asteroids include iron, nickel, cobalt and platinum.  Of these, iron ore sells for less than a penny per ounce, while you can buy an ounce of nickel on the open market for 24 cents.  Cobalt costs 67 cents per ounce, while platinum is currently selling for $850 an ounce.

Despite its high cost, platinum is widely used in the economy—by one estimate, it is used to manufacture one out of every four goods consumers use every day—including catalytic converters, electronics, jewelry, glass and turbine blades.  The high cost is due to scarcity; in all of human history, people have managed to mine just 16 tons of the stuff—enough to form a single cube 25 feet in each side.  Yet reports say that platinum is relatively plentiful in certain neighborhoods in space.  A single 500-meter platinum-rich asteroid can contain more platinum group metals than have ever been mined in human history—worth an estimated $435 million on the open market.

So should you reach for your checkbook?  Not yet—for two reasons.  First, because we need to consider the potential cost of mining the precious metal and bringing it back to Earth-bound markets.  Currently, the best feasibility studies on space mining suggests that the total cost involved in getting an asteroid-mining venture off the ground would be $120 billion—meaning that mining the platinum-rich asteroid would result in a loss of $119.5 billion.  Perhaps the recent legislation was designed to help create impressive tax writeoffs.

The second problem?  Most of us are precluded from sinking money into space ventures.  Space X, perhaps the most promising of the space-related firms, is a private company that recently obtained $1 billion worth of funding from Google.  Other Silicon Valley startups are quite far from their initial public offering.  If you’re hoping to lose nearly 100% of your money in the riskiest possible investment venture on or off the planet, you’re going to have to wait a few years.

Is Economics a Science?

PrevPreviousPrepare for the Rate Hike
NextWhat Are the Tax Issues Associated With a Gain or Loss on a Primary Residence?Next
Facebook
Twitter
LinkedIn
Email