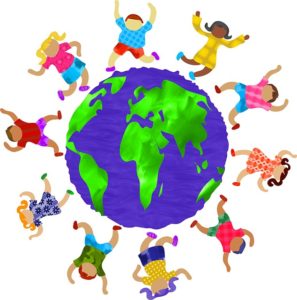 The World Happiness Report is out, and a group of independent experts have now compiled surveys of people in 156 countries, asking them to evaluate their lives on a scale of 1-10. They then looked at some of the factors that seem to contribute to happiness, and identified five: real GDP per capita (a measure of average wealth); healthy life expectancy at birth; freedom to make life choices; generosity; and whether or not they perceived their society to have elements of corruption.

Number One on the list is Norway, and you might see a certain pattern when you see the runners-up: 2) Denmark, 3) Iceland, 4) Switzerland, 5) Finland, 6) The Netherlands and 7) Canada. Sweden comes in at number 10, rounding out the socialistic Nordic societies. In between are 8) New Zealand and 9) Australia.

Where does the U.S. rank? Number 14, behind Israel (11), Costa Rica (12) and Austria (13). The U.S. ranked poorly in social support and, interestingly, mental illness. America’s ranking was as high as third in 2007, when people were less likely to cite corruption as a part of their lives.

Where are people least happy? Most African countries reported low levels of happiness. And, interestingly, the people in China report being no happier today than they were 25 years ago, despite rapidly-growing per capita income. Chinese respondents to the survey attribute their lagging happiness to rising unemployment and a poor social safety net for the less fortunate.