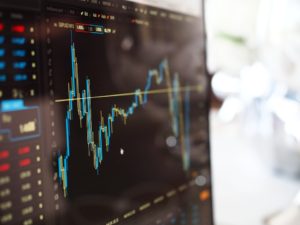 Are we in the late stages of a bull market—that time when the market suddenly takes off like a rocket for no apparent reason?

Over the last eight years, the S&P 500 index has returned more than 300% But the tail end of this run seems to have accelerated the trend. The first quarter of 2017 provided the highest returns for U.S. large-cap stocks since the last three months of 2013. The Nasdaq index has booked its 21st record close of the year so far, and the indices have recorded a 30% rise over the past six quarters, marking the fastest advance since 2006.

The first quarter of 2017 has seen the Wilshire 5000 Total Market Index—the broadest measure of U.S. stocks—rise 5.72%, while the comparable Russell 3000 index gained 5.91% in the first quarter.

Looking at large cap stocks, the Wilshire U.S. Large Cap index gained 6.01% in the first quarter. The Russell 1000 large-cap index finished the first quarter with a 6.23% performance, while the widely-quoted S&P 500 index of large company stocks was up 5.53% in the first three months of 2017.

Meanwhile, the Russell Midcap Index gained 5.15% in the first quarter.

As measured by the Wilshire U.S. Small-Cap index, investors in smaller companies posted a relatively modest 2.26% gain over the first three months of the year. The comparable Russell 2000 Small-Cap Index finished the quarter up 2.20%, while the technology-heavy Nasdaq Composite Index rose 9.83% in the first quarter, continuing its record-breaking climb.

Even the international investments were soaring through the start of the year. The broad-based EAFE index of companies in developed foreign economies gained 6.47% in the first three months of calendar 2017. In aggregate, European stocks gained 6.74% for the quarter, while EAFE’s Far East Index gained 5.13%. Emerging market stocks of less developed countries, as represented by the EAFE EM index, rose 11.14%.

Looking over the other investment categories, real estate investments, as measured by the Wilshire U.S. REIT index, eked out a 0.03% gain during the year’s first quarter. The S&P GSCI index, which measures commodities returns, lost 2.51%, in part due to a 5.81% drop in the S&P crude oil index. Gold prices shot up 8.64% for the quarter and silver gained 14.18%.

In the bond markets, rates are incrementally rising from practically zero to not much more than zero. Coupon rates on 10-year Treasury bonds now stand at 2.39% a year, while 30-year government bond yields have risen to 3.01%.

The pundits on Wall Street have been telling us that the market’s sudden meteoric rise—which really accelerated starting in December of last year—is the result of the so-called “Trump Trade,” shorthand for an expectation that companies and individuals will soon be paying fewer taxes and be burdened by fewer regulations, leading to higher profits and greater overall prosperity. Add in a trillion dollars of promised infrastructure spending, and the expectation was an economic boom across virtually all sectors.

However, there is, as yet, no sign of that boom; just a continuation of the slow, steady recovery that the U.S. has experienced since 2009. The latest reports show that the U.S. gross domestic product—a broad measure of economic activity—grew just 1.6% last year, the most sluggish performance since 2011. The U.S. trade deficit widened in January, and both consumer spending and construction activities are weakening from slower-than-average growth rates.

The good news is that corporate profits increased at an annual rate of 2.3% in the fourth quarter, which shows at least incremental improvement. However, the previous three months saw a 6.7% rise in profits, suggesting that the trend may be downward going forward.

It’s possible to read too much into the recent failure of health care legislation, and imagine that we’re in for four years of ineffective leadership. There will almost certainly be a tax reform debate in Congress in the coming months, but the surprising aspect—as with the healthcare legislation—is that there seems to have been no pre-prepared plan for Congress to vote on. We know that the Republican President and Congress want to lower corporate tax rates and simplify the tax code—which, in the past, has meant adding thousands of new pages to it. We know that there is general opposition to any form of estate taxes, but nobody is proposing which deductions would be eliminated in order to make this package revenue-neutral.

Similarly, there have been no details about the infrastructure package, which means we don’t know yet whether it would be a budget-busting package of pork barrel projects or a real contribution to America’s global competitiveness.

We can, however, be certain of one thing: as the bull market ages, we are moving ever closer to a period when stock prices will go down, perhaps as dramatically as 20%, which would qualify as a bear market, perhaps more or less. This is a good time to ask yourself: how much of a downturn would I be able to stomach either before panic sets in or my lifestyle is endangered? If your answer is less than 20%, or close to that figure, this might be a good time to revisit your stock and bond allocations.

On the other hand, if you’re not fearful of a downturn, then you should look at the next bear market the way the most successful investors do, and envision a terrific buying opportunity, a time when stocks go on sale for the first time in the better part of a decade. For some reason, people go to the shopping mall to buy when items go on sale, and do the opposite when the investment markets go down. Knowing this can be an unfair advantage to your future wealth, and even make you look forward to the end of this long, unusually steady, increasingly frantic bull run in stocks. After all, if history is any indication, the next downturn will be followed by another bull run.