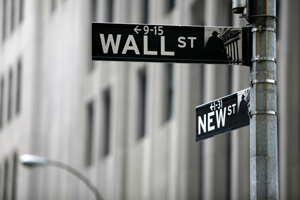 There’s no question that we experience emotional pain and anxiety when our portfolios are losing money due to market downturns.  Behavioral scientists tell us that we feel losses twice as keenly as positive returns.

But that doesn’t tell us what we really want to know, which is: other than selling at the wrong time and locking in losses, how do we make these downturns less painful?

Economist Richard Thaler conducted a stock market experiment that offers us all some insight.  He asked people to select one of two investment options, one heavier weighted in stocks with higher returns and higher volatility, the other with fewer stocks, lower returns and less bouncing around.  Half of the people were shown how that investment would have panned out eight times in the next year, while the other half were only shown the result once a year.  In other words, some were looking at the stock market roller coaster eight times as often as the others.

You can probably guess the result: those who saw their results eight times a year only put 41% of their money into stocks.  Those who saw the results just once a year invested 70% in stocks.  The more often you look at your portfolio, in good times and bad, the more pain and anxiety you are likely to experience, and the more cautious you tend to be.

In other words, the significant declines were only about half as large as the market gains, but they were much faster, lasting about half as long as the slow, incremental rises that are habitual to bull runs.  And this was also true at the extremes.  On average, gains of 40% or more actually generated an average 84.9% return, while the losses of 20% or more were down, on average, 37.2%.  Those significant bull runs lasted, on average, almost two years: 713 days.  The most severe downturns lasted, on average, less than a year: 359 days.

Combine these statistics, and you come to a few simple conclusions: bull markets don’t attract a lot of attention, and move more gradually than the eye-catching downturns.  Bull markets, over time, generate twice the upside as bear markets do downside.  And the best way to avoid the mental anguish of these occasional sharp downturns is to spend less time looking at your overall returns.  You miss the two steps forward, and most importantly, you also miss the more traumatic one step backward.