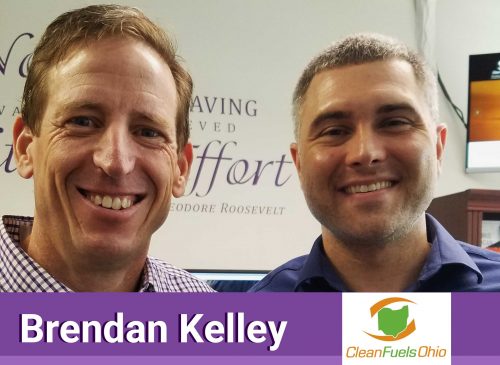 What are Clean Fuels Ohio?

How Is Our Government Supporting Electric?

“There’s a federal tax credit, it is up to $7,500 dollars, and that depends on the battery size, but almost all-electric vehicles get the full tax credit” says Brendan, “so, that is available for most companies, Tesla and GM are in their phase-out period, they sold enough units. We are also seeing a lot of interest from local governments around supporting infrastructure for electric vehicles.” This goes hand-in-hand, as local businesses and organizations are supported by the credit, in which gets these electric vehicles onto the road faster.

“There is a wave coming,” says Brendan, “we are talking to government entities and say you better get ahead of this wave or get swamped by it.” A lot of electric vehicles are being launched to the public, without local governments creating infrastructure to support electric vehicles (charging stations, etc.), then the wave will collapse on itself. “The biggest push is from utilities,” says Brendan, “the electrification of transportation is the only opportunity that electric companies have to sell more electricity”. AEP Ohio put together a proposal to put charging stations in their service territory. “You see a really big explosion of chargers in Central Ohio because there are rebates available that support this trend”. When companies want to implement an electric fleet, it is best to talk to utility companies first to make sure the fleet can be supported.