Prepare for the Rate Hike 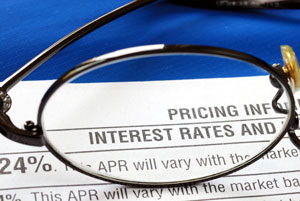 We will almost surely see the U.S. Federal Reserve Board start the long process of ending its intrusion into the interest rate markets, by allowing rates to rise starting on Wednesday.  It will be the first time the Fed has raised rates since 2006, and for some it will mark the beginning of the final chapter of the Great Recession.

Since 2008, as most of us know, returns on short-term bonds have been at or near zero percent, which is a consequence of the Fed keeping the Federal Funds rate—the rate at which it will lend banks virtually unlimited amounts of money, short-term—at 0.125%.  The average Fed Funds rate has historically been 3.5% to 4.0%, so this is a considerable amount of stimulus.

At the same time, the Fed has purchased more than $3.5 trillion worth of Treasury securities and home mortgage pools as part of its QE programs, bidding aggressively against much smaller buyers, which is another way of saying: forcing the rates on these bonds down closer to zero.

Pulling back out of these interventions is going to be tricky, in part because shifts in interest rates have a direct impact on a still-fragile U.S. economy (higher rates mean higher borrowing costs, potentially less corporate investment and lower profits), and even trickier because we don’t know how investors will react.  In the past the markets have panicked at the more mention of a cutback in Fed involvement, and (more recently) have also risen on the same news, presumably because people drew encouragement from the confidence the Fed was showing in the strength and resilience of the U.S. economy.

There are also some tricky mechanical problems.  The central bank will try to control the extent that short-term rates rise and fall by raising the interest it pays to banks for the reserves held at the Fed, and also cautiously raising the amount it pays money market funds for short-term trades known as reverse repurchase agreements.  The mechanics are highly technical and complicated—and still unproven, although there are reports that the Fed has been conducting tests for the past two years.

As the markets react, either upwards or downwards, there are a few things to keep in mind.  First, despite the headlines soon to be blaring from every financial section of every paper in the country, the rate is expected to move very modestly from .125% to .3.75%—clearly a small first step in a long journey toward the long-term average.  After each step—prominently including this one—the Fed will evaluate the consequences before deciding to make future changes.  If the economy slows, if there are signs that inflation is falling below the Fed’s 2% annual target, it could delay the next move by months or even years.  That caution greatly reduces the danger of any kind of serious economic pullback.

It’s also worth noting that the Fed has announced no plans to sell the nearly $4.2 trillion worth of various bonds—including the aforementioned Treasuries and mortgages—that it owns.  At the moment, the bank is simply rolling over the portfolio, meaning it reinvests $21 billion a month as bonds mature.  Eventually, most observers expect the reinvestment to stop and the Fed to allow the huge bond holdings to mature and fall off of its balance sheet.  The fact that this is not being done currently reflects the exquisite degree of caution among Fed policymakers, who don’t want to rock the boat too fast or hard.

Finally, some have wondered about the future of mortgage rates as the Fed begins a cautious exit from the bond markets.  Interestingly, recent history shows that mortgages haven’t been especially influenced by changes in the benchmark rate.  The last time we saw extremely low interest rates, after the tech bubble burst in the early 2000s, the Fed brought its Fed funds rate down to 1%.  It began raising rates by a quarter of a percent a quarter starting in the summer of 2004, but over the next four months, the 30-year fixed-rate mortgage actually fell from 6.3% to 5.58%.  By the time of the last increase in the summer of 2006, mortgage rates were running at 6.68%, just a half percent higher than they had been at the previous Fed funds rate low.

Nobody knows exactly what to expect when the announcement comes on Wednesday, but you can look for the investment markets to bounce around a bit more than usual, and economists—including the teams employed by the Fed—to examine every scrap of data about the impact on the economy over the next quarter.  At that time, Fed policymakers will face another decision, and there is no reason to expect them to be less cautious then than they have been recently.  For many of us, the rate rise should be reason for celebration, a sign that the long recession and period of economic uncertainty is finally starting—carefully—to be put in our rear view mirror.

The Federal Reserve will likely raise

Fed’s likely to raise the rates

What a Fed rate hike could mean to mortgage borrowers