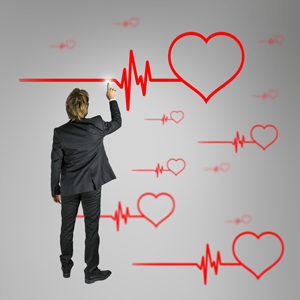 We heard a lot about income inequality and the stagnating incomes of middle class Americans on the campaign trail last year, and Wall Street firms that mostly move money around rightly got some of the blame. But hardly anybody talked about how CEOs routinely loot the treasuries of their own companies, taking money out of the pockets of stock investors and shareholders who they theoretically work for.

How does this happen? Many public companies are run by CEOs who staff their compensation committees with cronies and buddies, who then turn around and approve huge salaries and stock incentives to the CEO. Often, the committee will compare their CEO’s salary with a comparable group of other chief executives who are also getting enormous pay raises. This circular process creates an artificial rising tide that lifts compensation packages in the C suites while doing nothing for the workers who actually make the products or provide the labor that the company sells to generate profits.

How big is this problem? According to an organization called GlassDoor.com, which collects salary data anonymously from public companies, the average CEO made about 20 times the average salary of the company’s workers in 1965. Since then, inflation-adjusted CEO compensation has increased an astonishing 997 percent, which is double the stock market growth over that same period, and substantially greater than the 10.9% total growth in a typical worker’s annual compensation. Some CEOs, like David Zaslav of Overy Communications, earn 1,951 times what his company’s average worker makes. Chipotle CEO Steve Elis’s $29 million in total pay was calculated to be 1,522 times more than the average Chipotle worker’s pay, and Walmart CEO Douglas McMillon’s $25.5 million compensation was 1,133 times what the greeters and cash register people make when they serve their customers.

Don’t shareholders rise up in protest? In most cases, no, and the problem is aggravated by the fact that so much stock is now held in index funds. More than 25% of all large company stock is in mutual fund portfolios on behalf of investors. Many funds refuse to vote on shareholder activist initiatives, while others, like the index funds run by Vanguard, can’t pull their money out of a company without introducing a deviation in their holdings compared to the index they’re supposed to be tracking.

You can expect to hear more about the ratio between CEO and median worker pay. The Dodd-Frank Act, passed in response to the global economic crisis of 2008, requires companies to share their ratios beginning this year. If you were shocked by the numbers you read here, then you can expect many Americans to be alarmed when routinely published data shows how far their income has fallen behind the cozy residents of America’s C suites.