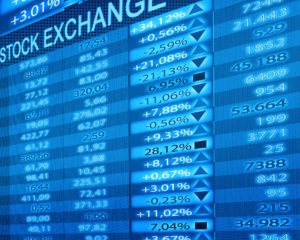 If you believe that the trend is your friend, then perhaps the U.S. stock market is in for an excellent fourth quarter. U.S. equity markets suffered small losses in the first quarter, followed by decent single-digit gains in the second quarter.  Now that the third quarter is in the books, a somewhat larger gain has put stocks in solid positive territory for the year.

Meanwhile, midcap stocks, as measured by the Russell Midcap Index, are up 7.46% in the first nine months of the year.

International stocks are not faring quite so well.  The broad-based MSCI EAFE index of companies in developed foreign economies gained just 0.76% in the recent quarter, and is now minus 3.76% for the year.  In aggregate, European stocks were up a meager 0.39% over the last three months, posting an overall loss of 4.86% for the year, while MSCI’s EAFE’s Far East Index gained a slightly more robust 2.23% in the third quarter, losing 1.18% so far in 2018.  Emerging market stocks of less developed countries, as represented by the MSCI EAFE EM index, went into negative territory for the quarter, down 2.02%, for a loss of 9.54% for the year.

Looking over the other investment categories, real estate, as measured by the Wilshire U.S. REIT index, gained 0.72% during the year’s third quarter, and is just eking out a 2.25% gain for the year.  The S&P GSCI index, which measures commodities returns, gained 1.34% in the second quarter, up 11.84% for the year.

In the bond markets, coupon rates on 10-year Treasury bonds have continued an incremental rise to a 3.06% annual coupon rate, while the yields on 30-year government bond yields have risen slightly to 3.21%.  But short-term yields are catching up; 3-month Treasury bills are now paying investors 2.20%, and one-year Treasuries yield 2.56% on an unusually flat yield curve.  Normally, bond investors have to be paid much more to hold longer-term paper, due to the always-present uncertainties in interest rate movements and other factors.

What’s going on? The American economy roared in the second quarter of the year, but most economists believe that the 4.2% GDP growth number was inflated, both by short-term corporate earnings as a result of the tax cuts, and by a short-term effort by multinational companies to complete as much overseas business as possible—including via their manufacturing supply chains—before the widely-publicized tariffs took effect.

That suspicion seems to have been confirmed by a variety of new economic statistics.  On the jobs front, initial claims for state unemployment benefits rose by 12,000 to a seasonally-adjusted level of 214,000—above expectations.  On the manufacturing front, non-defense capital goods orders excluding aircraft, a proxy for business investment, fell 0.5% in the recent quarter.  As a result, Morgan Stanley and Barclay’s economists lowered their growth estimates to 2.7% and 2.8% for the third quarter.  This is solid but not spectacular growth, a bit above the 2.2% growth rate the U.S. economy has experienced, on average, since mid-2009.  Altogether, we may be looking at a year of 3% growth.

But then you have the Federal Reserve Board’s recent (and widely anticipated) decision to nudge the Fed Funds rate up to a range of 2-2.25% in September and to raise short-term rates again in December.  Higher short-term rates are not necessarily bad for the market, and it is certainly a good sign that Fed economists believe the U.S. market is strong enough not to need additional stimulus.  But the Fed seems to be intent on continued raises next year, when the biggest impact of the corporate tax rate reduction will be behind us, and when we enter unknown global trade territory due to the imposition of tariffs on U.S. trade partners.

It’s never possible to predict the next downturn, but perhaps we can evaluate the impact the unprecedented 25% tariffs on Chinese goods will have on our collective stock portfolios.  Tech companies have massive manufacturing operations in China, and China is also a large purchaser of finished tech products from the U.S.  You can expect reduced earnings for many tech companies—including Apple, which has signaled that the tariffs will hurt its bottom line, but has so far declined to put a number on the impact.  Commodities funds that invest in products that are being hit by retaliatory tariffs—like soybeans—could see a negative impact.  And the overall inflation rate will rise by some undetermined amount as many foreign-manufactured products, and things like cars (which have components that are manufactured overseas) become more expensive.

Meanwhile, small cap companies typically buy and sell domestically, so they will be less affected by the new tariff regime—and might even benefit, if foreign competitors are impacted by higher border taxes.

Another interesting question is how investors will be affected by the ballooning U.S. federal deficit. This year, the $21.5 trillion national debt quietly passed the size of the U.S. GDP—or, put another way, it is now greater than the GDP of the next three largest nations combined.  (That’s China, Japan and Germany.)  The Congressional Budget Office estimates that this debt level will more than triple in the next 30 years, and that by 2028, the debt-to-GDP ratio will be the largest it’s been since the end of World War II.

So what?  As the U.S. government begins flooding the world with Treasury bonds, they are likely to become cheaper—which means their interest rates will be higher.  Higher interest rates are normally associated with lower stock market returns, due to the increased cost of borrowing.  Also: consumer debt—credit cards, home mortgages and student loans—becomes more expensive, taking a bite out of disposable income.  Disposable income is the fuel that drives GDP growth, in the form of consumer expenditures.

These are all things to ponder, not things that will help you pinpoint the hour and the day when the bull market finally comes to an end.  If we knew that time, chances are we would all be selling out before—causing it to happen before the appointed time.  All we can do for now is wait and wonder.