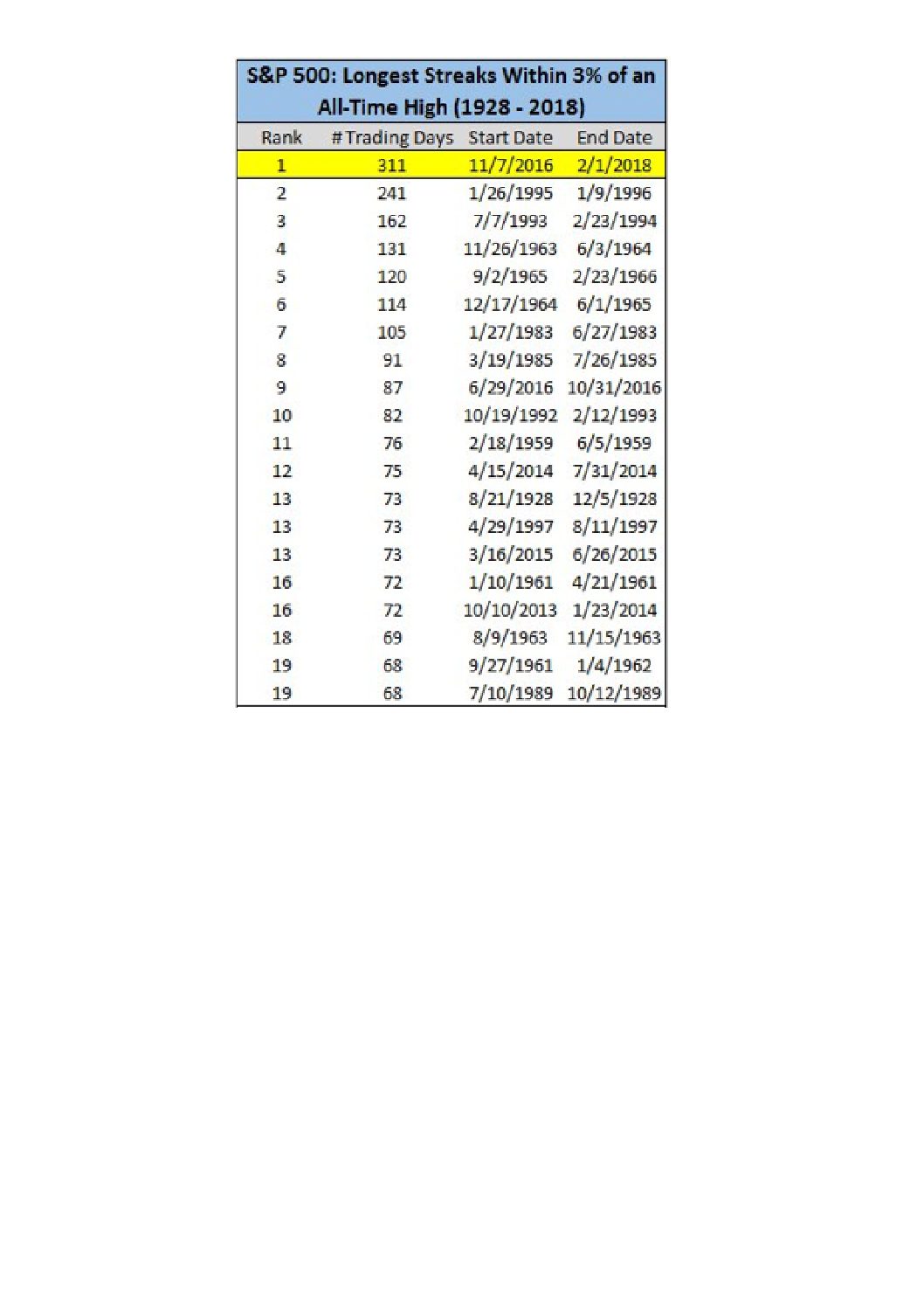 Should We Be Alarmed?

Suppose somebody came up to you and shouted: “I have terrible news about the economy. I think you should sell your stocks!”

And this mysterious stranger shouts: “Run for the hills! The American economy just added 200,000 more jobs—more than expectations—and the U.S. jobless rate now stands at 4.1%, the lowest since 2000!”

You blink your eyes. So?

“There’s more,” you’re told. “The average hourly earnings of American workers have risen a more-than-expected 2.9% over a year earlier, the most since June of 2009! You should sell your stocks while you can!”

Chances are, you don’t find this alarmist stranger’s argument very persuasive, but then again, you don’t work on Wall Street. After hearing these benign government statistics, traders rushed for the exits from the opening bell to the closing, and today the S&P 500 stocks are, in aggregate, worth 2.13% less than they were yesterday. The Nasdaq Composite index fell 1.96% and the Dow Jones Industrial Average, a somewhat meaningless but well-known index, was down 2.54%.

To understand why, you need to follow some tortuous logic. According to the alarmist view, those extra 200,000 jobs might have pushed America one step closer to “maximum employment”—the very hard-to-define point where companies have trouble filling job openings, and therefore have to start offering higher wages. No, that’s not a terrible thing for most of us, but the idea is that if companies have to start paying more, then they’ll be able to put less in their pockets—and the rise in the hourly earnings of American workers totally confirmed the theory.

If you’re an alarmist, it gets worse. If American workers are getting paid more, then companies will start charging more for whatever they produce or do, which might raise the inflation rate. “Might” is the operative word here. There hasn’t been any sign of higher inflation, which is still not as high as the Federal Reserve Board wants it to be. But if you’re a Wall Street trader who thinks the market is in a bubble phase, you aren’t necessarily looking at facts to confirm your beliefs.

Suppose you’re not an alarmist. Then you might notice that 18 states began the new year with higher minimum wages, which might have nudged up that hourly earnings figure that looked so alarming a second ago. And some companies have recently announced bonuses following the huge reduction in U.S. corporate tax rates, whose amortized amounts are also finding their way into wage statistics.

Meanwhile, those same government statistics are showing a resurgence in factory activity and a rebound in housing, which account together for more than 50,000 of those new jobs.

So the question we all have to ask ourselves is: are we alarmists? Selling in anticipation of a bear market has never been a great strategy, even though stocks are admittedly still priced higher than they have been historically.

If you are not an alarmist, then you have something to celebrate. The S&P 500 has now officially ended its longest streak without a 3% drop in its history—as you can see from the accompanying chart. It’s an historic run not likely to be seen by any of us again. The truth about the markets is that short, sharp pullbacks are inevitable and routine—unless you were living in the past year and a half, when we seemed to be immune from normal market behavior.