Where the Money Goes

Where the Money Goes 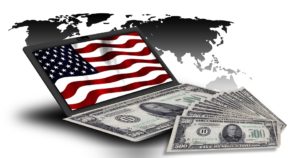 It’s tax time again, and as you look over your tax payments for calendar 2016, you’re undoubtedly wondering where those dollars are being spent.

The Wall Street Journal recently published a chart which breaks down spending for every $100 of tax receipts—and concludes that the U.S. government is actually a very large insurance company that also happens to have an army.

There has been talk about helping reduce the budget by lowering expenditures on the National Endowments for the Arts and Humanities, which together represent eight tenths of one cent of that $100 tax bill. This would be comparable to someone trying to pay off his mortgage by looking for coins under the sofa cushions.