Under Water in the Caribbean 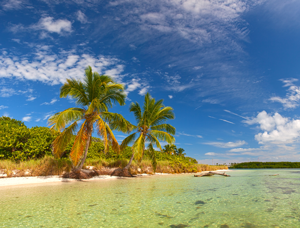 By all accounts, Puerto Rico is a beautiful, sunny place to visit, especially in the Winter. But it’s hard to fathom how this U.S. island territory of 3.5 million people could have racked up $70 billion in public debt—roughly $20,000 per citizen, which happens to be almost exactly the population’s average yearly income. Now that Puerto Rican bonds are trading at 20-50 cents on the dollar, a lot of people are starting to wonder what happened.

On Monday, for the third time, Puerto Rico defaulted on its debt, paying the interest due on bonds issued by the Government Development Bank, but nothing on the principal—effectively defaulting on $370 million. Previous defaults include $143 million worth of appropriation bonds from Puerto Rico’s Public Finance Corp. and rum-tax securities issued by the territory’s Infrastructure Financing Authority. An additional $1.9 billion payment is due July 1, and nobody seems to be very optimistic that Puerto Rico will come with that money either.

The story is a familiar one. There was a lot of investor demand for Puerto Rican bonds, because they’re exempt from federal and state income tax in all 50 states—meaning residents in Wyoming can buy Wyoming bonds, or Puerto Rican bonds, and have the interest exempt from state taxation.. The territory met the demand by issuing debt by 18 different public debt issuers. In recent years, interest rates on these bonds crept higher as it became clearer that the territory would not be able to meet its obligations, making the bonds attractive to mutual funds that wanted to offer high yields to investors who didn’t understand the default risks.

Would a broader Puerto Rican default affect your portfolio or the municipal bond market generally? Probably not. Most of the bonds have been repurchased for pennies on the dollar by opportunistic speculators, mostly hedge funds, some of whom recently traded $900 million of face amount Puerto Rican bonds for 47 cents on the dollar. A similar agreement retired $33 million in debt held by a group of credit unions. The territorial government has proposed that holders of its general obligation bonds accept 74 cents on the dollar, and Congress is discussing the possibility of allowing the territory to file for bankruptcy under Chapter 9—currently an option for U.S. states, but not for Puerto Rico.

But investors in some of those aforementioned mutual funds could be greatly impacted. Most municipal bond funds were reluctant to touch Puerto Rican paper with the proverbial ten-foot pole, knowing that the risk of default made positive returns problematic. But load fund company Oppenheimer loaded up on Puerto Rican debt through its Rochester line of funds, and the Franklin Double Tax-Free Income Fund holds the endangered paper as well. Both companies are now lobbying hard against any deal, but the most likely outcome is that they will become poster children for the dangers of recklessly chasing yields, particularly as the handwriting has been on the wall for years.