The Drama on Wall Street

The Drama on Wall Street 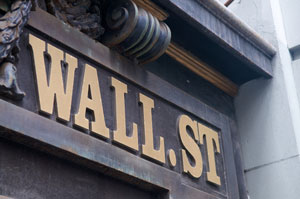 Have your long-term financial goals changed in the last three days?

Are American companies less valuable because investors in China are panicking?

Is there any reason to think that because Chinese investors are panicking, that Chinese companies are less valuable today than they were a few days ago?

These are the kinds of questions to ponder as you watch the U.S. stock market catch a cold after China sneezed.  In each of the first four trading days of the year, China closed its markets due to a rapid fall in share prices—a move which may have made the panic worse, since it made investors fear being trapped in stocks that are seen as dropping in value.  It’s unclear exactly how or why, but the panic spread to global markets, with U.S. stocks falling 4.9% to mark the worst first-of-the-year drop in history.

For long-term investors, the result is much the same as if you went to the grocery store and discovered that the prices had fallen roughly 5% across the board.  At first, you might think this is a great bargain. But then you might wonder whether the prices will be even lower tomorrow or next week.  One thing you probably WOULDN’T worry about is whether prices will eventually go back up; you know they always have in the past after these sale events expire.

Will they?  The truth is, nobody knows—and if you see pundits on TV say with certainty that they know where the markets are going, your first impulse should be to laugh, and your second should be to check their track record for predicting the future.  Without a working crystal ball, it’s hard to know whether the markets are entering a correction phase which will make stocks even cheaper to buy, or whether people will wake up and realize that they don’t have to share the panic of Chinese investors on this side of the ocean.  The good news is there appears to be no major economic disruption like the Wall Street derivatives mess that triggered the 2008 downturn.  The best, sanest investors will once again watch the markets for entertainment purposes—or just turn the channel.