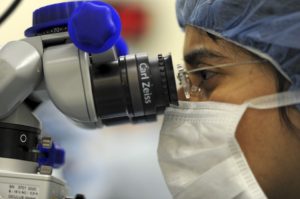 If you’ve ever watched the Star Trek TV show, or any of the franchise’s movies, you’ve probably noticed that spaceship medicine is different from what we’re accustomed to. Instead of a physical exam, on the Starship Enterprise, the doctor points a blinking device at the patient and arrives at an instant diagnosis of any health issue.

Could that ever happen in real life? It could—and actually has.

The social benefits of such a device are obvious: a huge percentage of the country’s health care spending goes toward expensive testing procedures, and fast, accurate diagnoses are also the key to fast, successful treatments. Imagine a world where medical costs—including the costs of Medicare and health insurance premiums—are reduced by 30%, and people can buy a device that allows them to diagnose their own ailments.

Instead of a hand-held device, the winning tricorder—called DxtER, is roughly the size of a shoe box, containing several individual diagnostic devices and sensors that patients can apply to themselves. The devices, linked to an Apple iPad, will actually go beyond the specifications and diagnose 34 different medical conditions, in addition to the aforementioned vital signs. The next round of the competition will look for a way to create a commercial version.