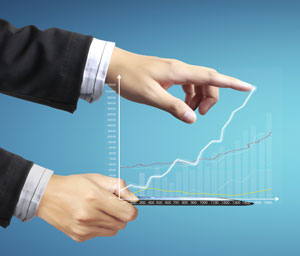 Yesterday, the U.S. stock markets went up 2.39%, the highest one-day return in a month. Analysts attributed the rise to a variety of economic news that suggested that the American economy is not, after all, plunging into recession. The buoyant mood among investors may not last, but for many, it’s a welcome sign that things may not be as gloomy as they seemed just a month ago.

The good economic news involved construction spending, which reached its highest level since 2007. Oil prices were also gaining ground, although it’s hard to see why the average American would find reason to cheer about that. In addition, new orders and inventories stabilized in the manufacturing sector, after experiencing downturns in the last quarter of 2015. Other factors include the possibility that U.S. stock investors may finally have decided that declines in the Chinese markets are not going to directly affect the value of American-based businesses.

None of this means that we know what will happen next. Neither we nor any of the pundits you see on the financial news have any idea whether that long-awaited 20% decline will materialize, or the markets will continue to recover and we’ll all look back on February 11 prices as a great time to buy. But it’s worth reflecting on how unexpected this latest rally has been at a time when it seemed that all the news pointed to more pain and decline. Anybody who believed the pundits and retreated to the sidelines after the January selloff is now sitting on losses and wondering whether to jump in now and hope the gains continue, or wait and hope for another downturn, and risk losing even more ground if this turns out to be a long-term rally.

We can never see the next turn in the market roller coaster, but long-term, the markets seem to operate under the opposite of gravity. You and I know with some degree of certainty in which direction the next 100% market move will be, even if we can’t pinpoint when or where.