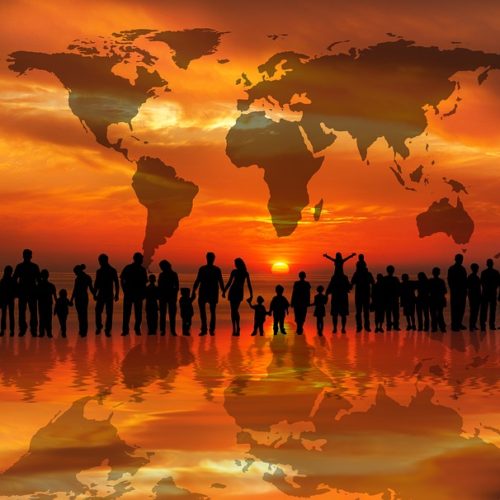 You’ve probably read some alarming statistics about the world becoming overpopulated, unable to feed itself, and meanwhile using up all the fresh water and energy that is available. If you found these reports disturbing, and believe that humans are multiplying like jackrabbits, then here’s some good news: it appears that the human birthrate is actually trending downward on a global scale. Demographers employed by the United Nations have estimated that there will be 140.89 million births in 2018—61,000 fewer than in 2017, and reversing (albeit by a sliver) a longstanding increase in global population. The demographers project that birthrates will continue to fall through 2050, after which the variables make it impossible to make an accurate prediction.

Next year, as always, Asia will produce more than half of the world’s babies, but for the first time the continent is in danger of losing its status as the top population increaser to sub-Saharan Africa. In 1990, just 19% of babies were born in Africa; in 2018, 31% will be. Meanwhile, India’s birthrate has collapsed; its people now reproduce right at the long-term population replacement rate of 2.1 births per woman. Bangladesh, Mexico, Brazil and Iran have recently begun producing too few babies to maintain their current population, and this has been true for more than a decade of all European countries and America.