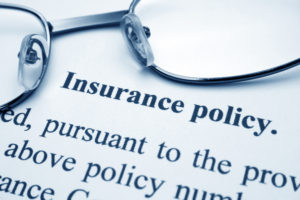 We are now in open enrollment on the government (39 states) or state health
insurance exchanges (11 states and the District of Columbia)—so this is the time of year when consumers can buy health insurance coverage under the Affordable
Care Act.

In most states, the enrollment season lasts six weeks—half as long as it
used to—and many people are wondering whether the ACA is still viable. Hasn’t
the Trump administration taken steps to make it easier for healthy individuals to
opt out of ACA and buy cheaper coverage that lacks certain popular consumer
protections? Doesn’t the economics of covering pre-existing conditions require
that all insurance buyers participate in the overall pool of insurance premiums?

There is no question that the alternative, cheaper policies endanger pre-existing
coverage in the long term, and many insurance carriers are publicly rethinking their
rate policies. But the Affordable Care Act has been surprisingly resilient so far,
with 11.8 million Americans signed up for coverage. Insurance companies, for the
first time, have reinforced their commitment to the existing system by dropping
their rates by an average of 1.5%—though there is wide variation among states.
Residents of Tennessee will see a 26% overall decline in the benchmark silver
plans, while Pennsylvania residents will experience a 16% decrease. In North
Dakota, rates will rise an average of 21%.

In 15 states, insurance companies are returning or entering for the first time, and
the total number of providers is up to 155, from 132 last year. That means
consumers will have more options. Established insurers like Anthem, and startups
like Oscar and Bright are providing coverage because, thanks to a big increase in
premiums last year and the possibility that Congress will stall a full ACA repeal
going forward, they believe they can scratch out a profit.

Taking the time to navigate the different options can save some consumers
thousands of dollars. For instance, many companies are offsetting their rising costs
by offering high-deductible, low-premium plans along with health savings
accounts (HSAs). An HSA contribution is triple-tax-advantaged: it is deductible
when you make the contribution, the money grows tax-deferred, and if you take the
money out to pay for medical costs, it comes out tax-free. Any money not used in
a calendar year is rolled to the next.

At the other end of the spectrum, people who have developed a chronic condition,
or who are older, might fare better with a low-deductible plan. They pay a higher
premium each month, but the lower deductible will reduce the amount they will
have to pay out-of-pocket for medical procedures. If you buy insurance through an
employer, the low-deductible policy can be combined with a flexible spending
account, or FSA, where a policyholder contributes pre-tax dollars to pay qualified
medical expenses during the year. Any FSA money left over will be forfeited.

There are a lot of issues to consider, which means it might be better to hire an
expert than to try to navigate your options on your own. But you have to beware
where you get your advice. The Trump administration cut the funding for the
ACA’s “navigator” program from $37 million to $10 million. Basically that means
there will be fewer sources of impartial advice. Administration officials, instead,
are pushing consumers toward sites operated by insurers and for-profit (and sales-
oriented) web brokers, who may not provide all the options available to consumers.
Getting advice from an “advisor” with a sales agenda is no wiser in the health
markets than it is in the investment world.