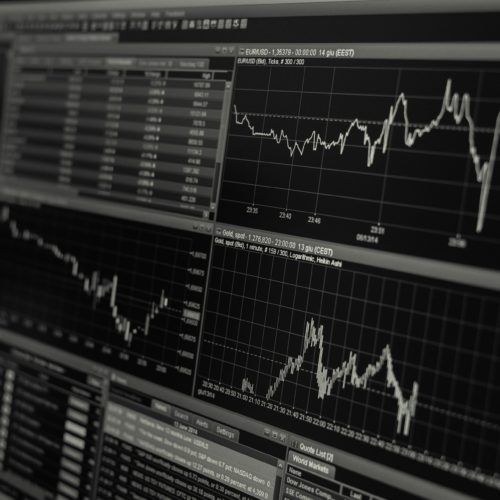 Have you ever wondered what stock market professionals and equity analysts talk about in their spare time? Recently, the Bloomberg website featured a debate about something that is getting a lot of attention recently: the historically high, and still-rising U.S. stock market valuations. People have been willing to pay more, and more, and more for a dollar of corporate earnings. What does that mean about future returns?

Let’s look over the shoulders and see how two professionals approach the question of how to look at today’s markets.

Bloomberg Gadfly columnist Nir Kaissar starts by noting that the Standard & Poor’s 500 Index has beaten both the MSCI EAFE Index — a collection of developed market stocks outside the U.S. — and the MSCI Emerging Markets Index by 6 percentage points a year since March 2009, when the market hit bottom, through May, including dividends. Whether you measure market prices by price-to-earnings ratio, price-to-book or price-to-cash flow, U.S. stocks are now more expensive than their foreign counterparts.

To Kaissar, that suggests that investors should consider moving at least some of their money out of American companies and into companies domiciled elsewhere.

Bloomberg View columnist Barry Ritholtz countered that valuation is largely driven by psychology. We are experiencing a bull market in American stocks, which can be defined (in psychological terms) as a period when investors become willing to pay more and more for a dollar of earnings. Eventually this will turn around, and the regional performance gap between the U.S. and Europe will reverse.

But for Ritholtz, the important issue is timing. You could have used Kaissar’s argument four or five years ago, gotten out of U.S. equities, and you would have missed a nice runup while foreign stocks were going nowhere. Is it possible that the same will be true over the next few years? (Hint: it is definitely possible.)

Kaissar responded with a definition of risk vs. valuations—the idea that investors are generally willing to pay more for less risky stocks. So can we make an argument that the S&P 500—with a price-to-book ratio about twice as high as the EAFE basket of stocks—is half as risky as stocks trading in the rest of the world? He doesn’t think so, and the conclusion is that American stocks are mispriced.

Ritholtz says that rather than trying to time which part of the world is going to do better or worse, it’s better to own it all. Instead of U.S. stocks vs. world stocks, own a portfolio that includes all of them in proportion.

Aha! says Kaissar. U.S. investors commonly allocate 70 percent to 80 percent of their stocks to the U.S., even though U.S. stocks represent only 50 percent of global market capitalization. He says that if you believe in true diversification, it would make more sense to create portfolios with a U.S. stock allocation that’s closer to 45 percent, tilting slightly toward the global stocks that are currently trading on sale.

Ritholtz makes a final argument, saying that sometimes cheap stocks get cheaper and continue to fall; other times expensive stocks get more expensive and keep going up. He doesn’t want to abandon U.S. equities, but he finds common ground with Kaissar when he recommends that people with U.S.-heavy portfolios consider diversifying into MSCI EAFE and MSCI EM indexes—not for timing purposes, but because it’s prudent diversification. You can see exactly how boring the cocktail conversations of stock analysts can be by viewing the entire discussion here: https://www.bloomberg.com/view/articles/2017-06-26/how-to-know-when-stocks-are-properly-valued-a-debate#596235f3a911d