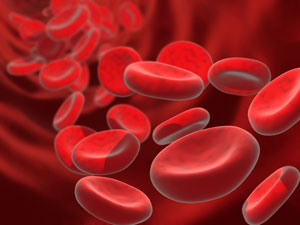 You don’t hear much about the HIV epidemic any more, despite the fact that an estimated 1.2 million Americans are living with the disease, and an estimated 44,000 new cases are reported in this country every year.  The Center for Disease Control says that 36.7 million people around the world have the disease, and 1.1 million died from AIDS-related causes last year.

Until recently, there was no cure for HIV.  But that may have changed, thanks to the work of researchers at the universities of Oxford, Cambridge, Imperial College London, University College London and King’s College London.  The researchers are testing a new therapy which targets the disease in its dormant state, and to everyone’s surprise, one of the 50 people in the trial appears to be completely cured.  The virus is completely undetectable in his bloodstream.

Current treatments have reduced the death rate of HIV victims by targeting the disease whenever it starts reproducing from the DNA of immune cells in the body.  But these anti-retroviral therapies (ARTs) can’t spot infected cells where the virus is dormant.  The new therapy uses a vaccine to help the body recognize which cells are HIV-infected, and then a drug called Verinostat activates those dormant cells so they can be spotted by the immune system and eliminated.

The trial is ongoing, but it provides hope for millions of people who are living under one of the most intractable diseases on the planet.