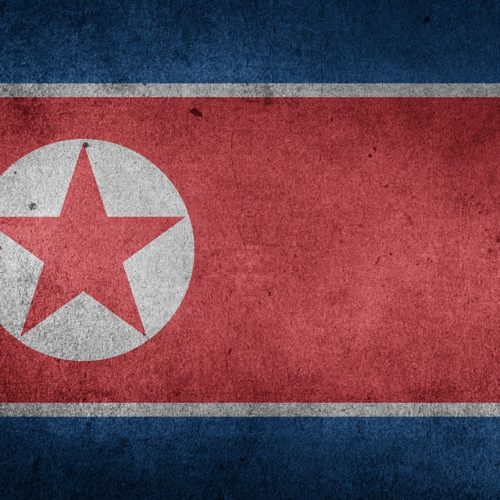 So far, the world markets seem to be shrugging off the sabre-rattling coming from North Korea (normal behavior) and the U.S. White House (complete departure from policy). The smart money is betting that the distant but suddenly headline-grabbing possibility of the first conflict between two countries armed with nuclear weapons will amount to a tempest in a teapot.

Meanwhile, the U.S. stock market has been testing new highs for months, and experts cannot quite explain why valuations have been rising amid such low volatility.

So the question is quite logical: isn’t this a good time to pare back or get out of the market until valuations return to their historical norms, or at least until the North Korean “crisis” blows over?

What’s happening between the U.S. and Korea is admittedly unprecedented. In the past, the U.S. largely ignored the bluster and empty threats coming out of the tiny, dirt-poor Communist regime, and believe it or not, that also seems to be what the military doing now. Yes, our President did blurt out the term “fire and fury” in impromptu remarks to the press, and later doubled down on the term by suggesting that his warning wasn’t worded strongly enough. But the U.S. military seems to be responding with a yawn. There are no Naval carrier groups anywhere near Korea at the moment; the U.S.S. Carl Vinson and the U.S.S. Theodore Roosevelt are both still engaged in training exercises off the U.S. West Coast, and the U.S.S. Nimitz is currently patrolling the Persian Gulf. Nor has the State Department called for the evacuation of non-essential personnel from South Korea, as it would if it believed that tensions were leading toward a military confrontation.

Meanwhile, on the home front, the U.S. economy continues to grow slowly but steadily, and in the second quarter 72.2% of companies in the S&P 500 index have reported earnings above forecast.

What does that mean? It means that you will probably see a certain amount of selling due to panic over the North Korean standoff, which will make stocks less expensive—a classic buying opportunity. History has given all of us many opportunities to panic, going back to World War I and World War II, and more recently 9/11—but those who stayed the course reaped enormous benefits from those who abandoned their stock positions.

If you’re feeling panic over the North Korean situation, by all means, go in the nearest bedroom and scream—and then share some sympathy for the Americans living in the island territory of Guam, which is in the direct path of the North Korean bluster. Just don’t sabotage your financial well-being in the process.