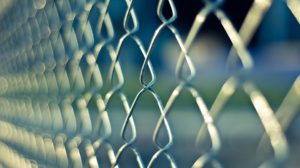 In an effort to secure the U.S. borders, the President has attempted to ban visitors from seven Muslim-majority countries, and is meanwhile quietly instituting “extreme vetting” of visitors from other nations—asking them to turn over their phones, social media passwords and financial records. Even U.S. citizens are experiencing more scrutiny when they attempt to return to their home country.

America may be safer today than it was three months ago, but at what cost? One predictable consequence of increased border vigilance has been a drop in tourism to the U.S., not just from the nations listed in the travel ban, but China (down 40% this year) Ireland and New Zealand (35%), and reportedly also from Mexico, Canada and the European Union. In all, Tourism Economics has estimated that 4.3 million fewer people will visit the U.S. this year, resulting in $7.4 billion of lost tourist revenue. Next year, if the trend continues, the U.S. economy could experience a 6.3 million drop in tourists and a $10.8 billion reduction in tourist revenue.