In the wake of the so-called “Brexit” vote in the United Kingdom, and the possibility (though not the certainty) that the U.K. will leave the European Union, you’re likely reading a lot of alarmist stories about the vote’s impact on the U.S. and your portfolio. 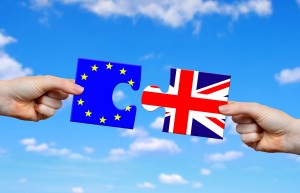 Don’t believe half of what you read.

Here are some of the most alarming headlines, and the reality behind them.

1) The Brexit vote has already caused a stronger dollar, which will hurt U.S. exports.

True, the dollar gained dramatically against the British pound, which means exporters to the U.K. might be more than a little bit less competitive than they were a couple of weeks ago. But the U.K. only accounts for 0.5% of total U.S. exports. And there is no reason why the dollar should appreciate in strength against the euro, yen or other global currencies simply because the U.K is less likely to remain in the European Union.

2) The confusion around Brexit will cause turmoil in the stock market because, well, investors hate uncertainty.

When was the stock market NOT in turmoil over one thing or another? When have investors NOT hated uncertainty? We’ve been uncertain about the Fed raising interest rates for the better part of two years, and also about how long interest rates will continue falling, credit and stock market problems in China and Japan’s economic woes for two and a half decades. Let’s just add Brexit to the list and move on to the next so-called “crisis.”

3) Brexit signals the imminent collapse of the European Union.

Remember this prediction a year or two down the road, and realize that sometimes ‘journalists’ should be renamed ‘alarmists.’ The reality is that the U.K. vote has forced the bureaucrats in Brussels to come face-to-face with the unrest caused by their costs and their stifling policies. There are already indications that the EU members will come together and make decisions that would head off other “leave” movements in France, Spain, Italy and Greece. In fact, in the next few weeks, we will almost certainly see the EU relax one of its rules and allow the Italian government to recapitalize its ailing banking system with public funds. Would that have happened pre-Brexit? It’s doubtful.

4) Brexit will force the Fed to rethink raising interest rates in the U.S. economy, for fear it would trigger additional market volatility, and a concern that the U.S. might slip into a recession.

Lower interest rates for a few months longer is a BAD thing? And it’s not unexpected; after all, the Fed entered the year with a firm plan to raise rates four times, and then, pre-Brexit, scaled the plan back to one rate rise.

We may have to live with low interest rates for another year. Somehow we’ll survive.

It’s true that if the U.K. does apply for exit under Article 50 of the Lisbon Treaty, U.S. companies that have significant operations on British soil, primarily to take advantage of tariff-free exporting to the EU nations, might start checking out office space in Frankfurt or Dublin. But there’s plenty of time to make that transition. After the U.K. sorts out its government, it may notify the EU that it’s leaving, and after that, even the most optimist estimate suggests that the full details of leaving, and any new tariff regime, are at least two years down the road. Nor is it a sure thing that there WILL be higher taxes on exports from the U.K. to the continent.

The main point here is that there is a lot of alarmist speculation and short-term thinking about a long-term phenomenon that will require years to play out. People who sold in a panic (including a lot of Wall Street traders) right after the Brexit news hit the Internet have egg on their face and real losses in their portfolios. The news media seems to want more of the same.