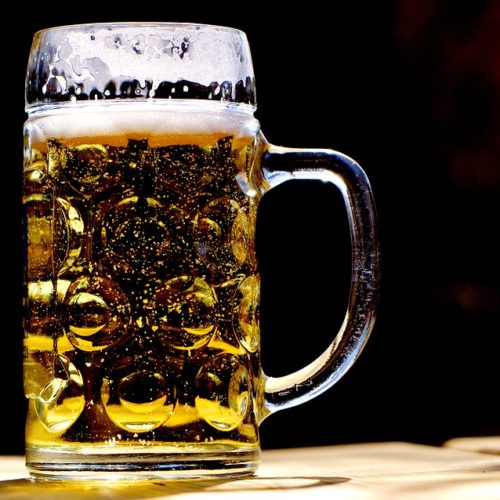 People have been drinking alcoholic beverages for a very long time. Recently, a team of researchers found evidence of large-scale wine making in 6,000 BC—in clay vats big enough to hold 400 bottles of wine, in the Caucasus mountains in the modern nation of Georgia. The grapes came from vitis vinifera, the only grapevine species known to have been domesticated, and the grandparent of all 8,000-10,000 modern wine-making grape species.

This is the first evidence of large-scale production, but not the earliest archeological evidence of adult beverages. Traces of a concoction made from wild grapes, hawthorn fruit, rice beer and honey mead have been found on pottery from China that dates to around 7,000 BC.

More recently—as in, in the past few years—Patrick McGovern of the Biomolecular Archaeology Project for Cuisine, Fermented Beverages, and Health at the University of Pennsylvania Museum has been recreating ancient beverages. Among them: an ancient ale made with cacao, dated to 1400 B.C. in Honduras, and early Etruscan based on residues found in 2,800-year-old tombs in central Italy. The Etruscans used malted heirloom barley and wheat, mixed with hazelnut flour, pomegranate and myrrh.

One of the most interesting is the Midas beverage, made in bronze vessels recovered from the Midas tomb in Turkey, which dates from 700 B.C. The ingredients included wine, barley beer, and mead. By adding some saffron as a bittering agent (hops were not available in the Middle East 2,700 years ago) the researchers produced a sweet, aromatic blend which Dr. McGovern describes as a little like white wine, with delicious, piquant qualities.

But Dr. McGovern points out that ancient beverages probably varied dramatically from one batch to the next. Different “vintages” would have been made up of whatever ingredients happened to be available, which means the alcohol manufacturers alternated between beer and mead along with wine, and sometimes producing mixtures of all of the above.