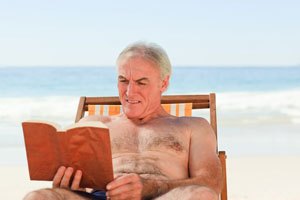 Do you read printed books occasionally?  If you do, you’re still in the majority, but a declining one.  As you can see from the accompanying chart below, 73% of American adults have read at least one book in the last 12 months, down from 79% in 2011.  65% of us have read a print book in the past year, while a growing number—currently 28% of us—have read an e-book, and 14% have listened to an audio book.  The electronic formats appear to be growing in market share, but very slowly compared to the printed versions. 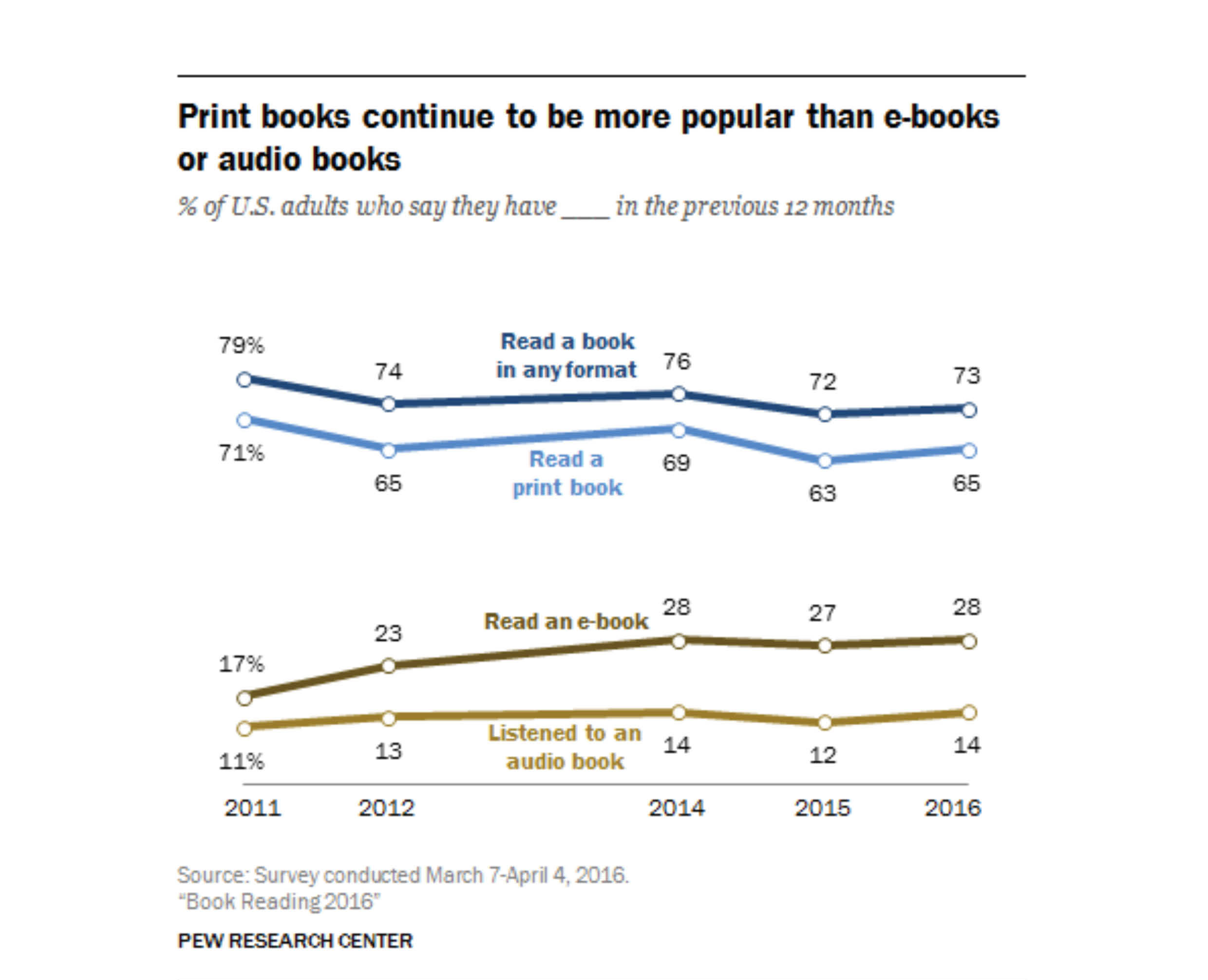 According to the Pew Research Center, the median number of books an American will read in a 12-month period is four, but a relatively small group of voracious readers pushes the average number of books read per American up to 12.  Women (77%) are more likely than men (68%) to have read a book in the past year, while 26% of the population does not read books at all.